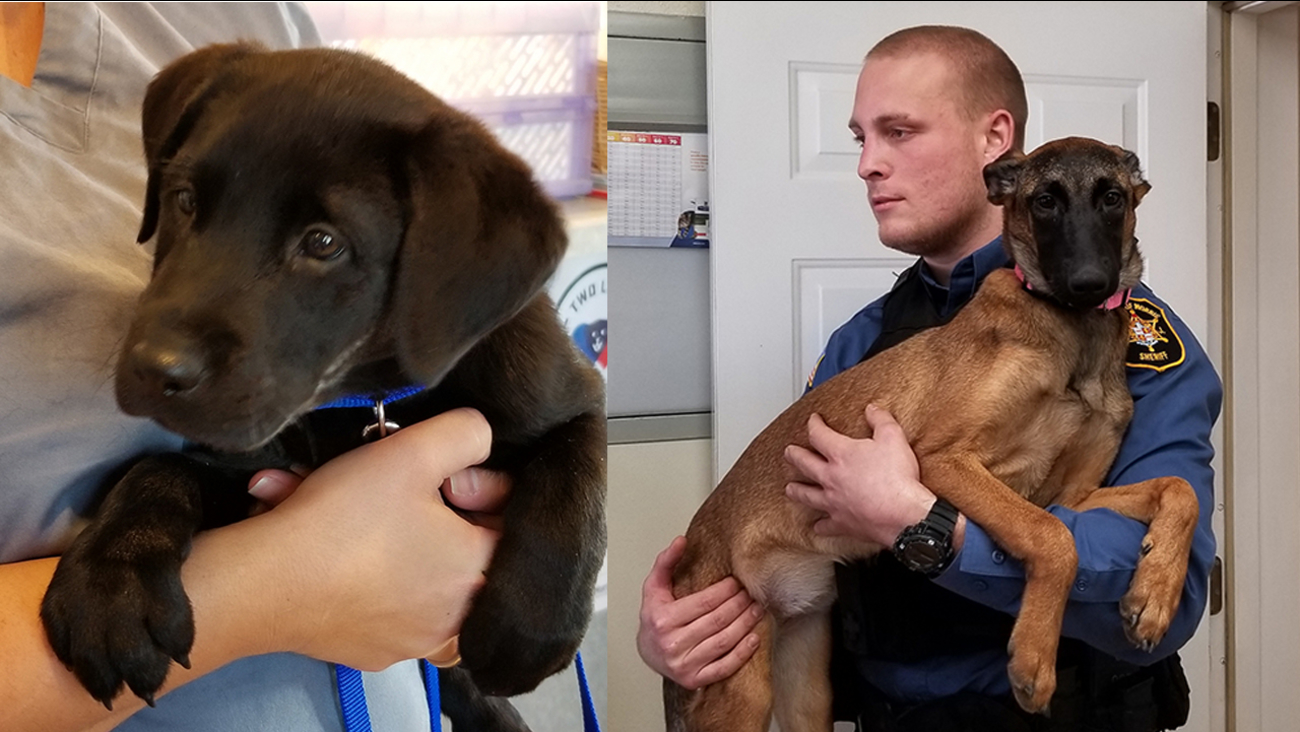 MORRISTOWN, New Jersey (WABC) -- Two puppies who will go on to become police dogs will carry the names of two New Jersey police officers who died in the line of duty.

The Sheriff's Office asked for the public's help in naming them and received nearly 400 submissions on its Facebook page.

In honor of the two officers, the Belgian Malinois has been named JoJo, after Officer Wargo. The Labrador Retriever will answer to Odie, which was Officer Ohlsen's nickname on the police force.

"Officers Ohlsen and Wargo are still remembered and very much missed. Naming these beautiful dogs who are partnered with Morris County Sheriff's Office K-9 Detectives for them keeps their spirits alive within the law enforcement community," Morris County Sheriff James M. Gannon said.

Officer Wargo was struck in his patrol car on Route 80 in Roxbury Township in 2011 by a driver who admitted to being impaired on drugs and pleaded guilty to aggravated manslaughter.

Officer Ohlsen was struck by a New Jersey Transit train in Dover in 2003 as he directed fire apparatus to the scene of a fire on the tracks.

Odie has begun his training in explosives detection through odor recognition exercises. JoJo will be trained in search and rescue, and accelerant detection.