WABC
By Eyewitness News
TRIBECA, Manhattan (WABC) -- A suspicious package addressed to Robert De Niro at a Manhattan address associated with the actor has been linked to the recent spate of mail-bomb incidents.

It was discovered around 5 a.m. at the address near Greenwich and Franklin streets in Tribeca, and authorities confirm it contained a device similar to the crude pipe bombs that have been sent to George Soros, former President Barack Obama, Hillary Clinton, CNN, Rep. Maxine Waters, former Attorney General Eric Holder and, most recently, former Vice President Joe Biden. 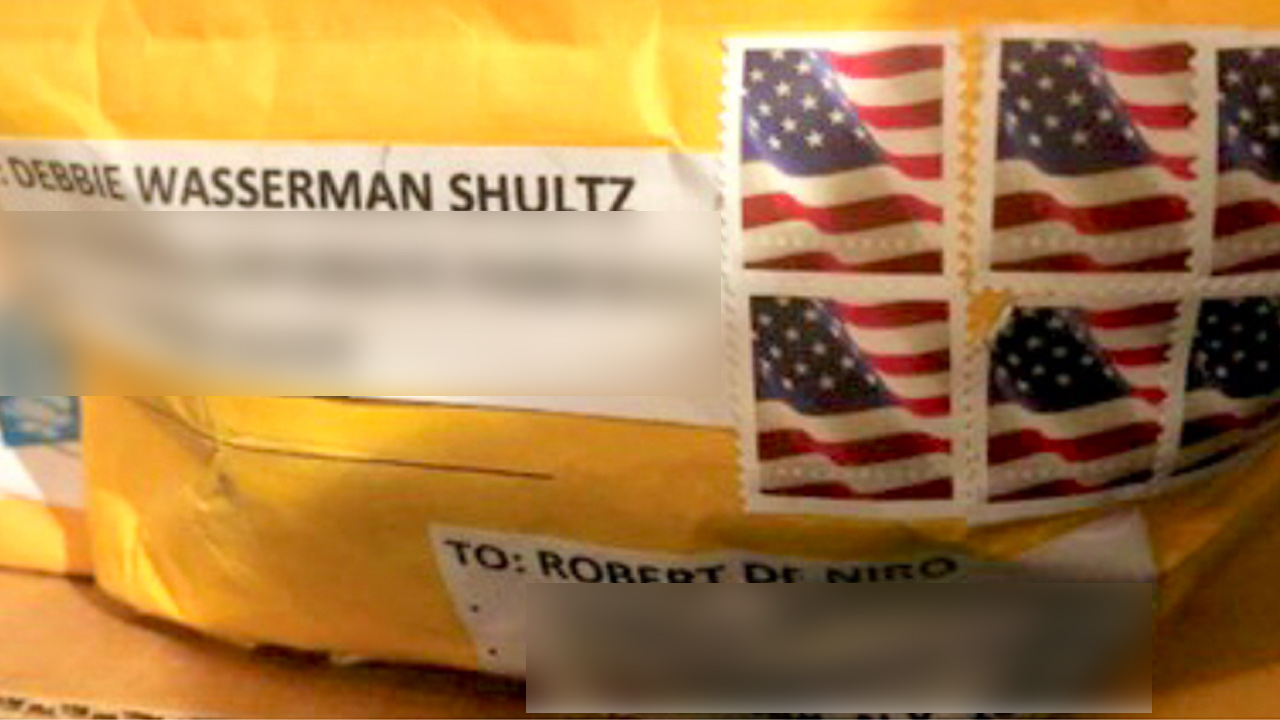 Newscopter 7 was over the scene, as police moved the package to the NYPD's facility at Rodmans Neck in the Bronx for further investigation. The NYPD transported the device in their total containment vessel, otherwise known as their bomb truck.
EMBED More News Videos

John Del Giorno reports from Newscopter 7 on the suspicious package.

De Niro was not there when the package was delivered sometime Wednesday, and a worker who left it later saw television coverage of the other packages and recognized the envelope and labeling before contacting police.

"The quick-witted work of a security guard at that facility in Tribeca is to thank for the fact that nothing happened and no harm was done to anyone," Mayor Bill de Blasio said. "But that device, very similar to the other devices that have been located in the last 48 hours, and it all appears to be from the same sender. The investigation is ongoing."

The Tribeca Grill, owned by De Niro, is also located at the scene. Several streets in the area were closed for the investigation but have since reopened.

Security has been stepped up as a precaution at major transportation sites across the city, with Governor Andrew Cuomo ordering dozens of additional National Guard troops into places like Penn Station.

Tribeca Enterprises released the following statement: "A suspicious package was received. We called the police. They took it out and went through all safety procedures. It was addressed to Robert De Niro and is similar packaging to the others. It is an open investigation. Everyone is safe and the building is open."