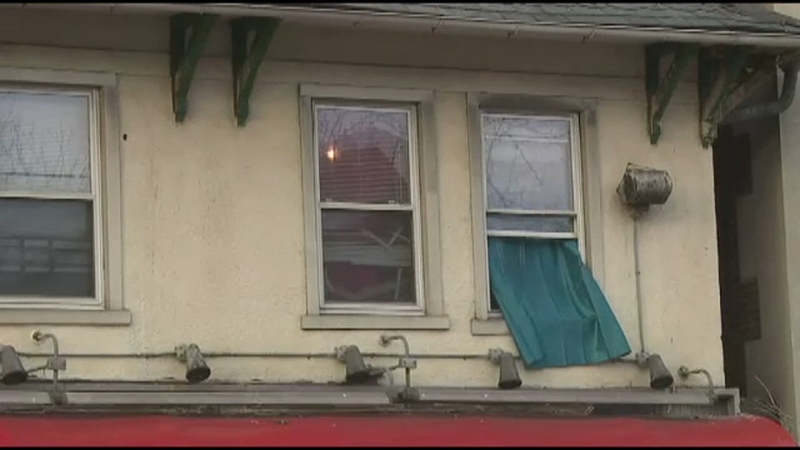 NEWARK, New Jersey (WABC) -- Police are investigating the death of an 8-year-old girl in Newark that officers say has been labeled suspicious.

The investigation unfolded on a commercial strip on South Orange Avenue Sunday just after 2 p.m. Police have taped off the entire building, with the crime scene wrapping around the block.

Many longtime residents say they did not even realize anyone was living up there.

"That is crazy! That's crazy! I've never heard anything like that happen around here," resident Jean Gordon said.

The case is being investigated by the Essex County Prosecutor's Major Crimes Task Force, which includes detectives from the Newark Police Department.

The cause and manner of death will be determined by an autopsy performed by the Medical Examiner's Office. It is unclear at this point what makes the girl's death suspicious.
Report a correction or typo
Related topics:
newarkessex countychild death
Copyright © 2021 WABC-TV. All Rights Reserved.
TOP STORIES
How NYC and the Tri-State are celebrating Juneteenth
George Floyd statue unveiled in Brooklyn
AccuWeather: Humid with PM storm, air quality alert issued for Long Island
Will NYC, Tri-State area be impacted by Tropical Storm Claudette?
Biden family dog Champ dies
What to know about voting in NYC's mayoral primary
NYC elections: What is ranked choice voting?
Show More
Kids dive for cover as gunman opens fire on NYC sidewalk
Shooting spree suspect thought people were after him for prior shooting: Police
Dazzling Durant, hobbled Harden lead Nets into Game 7 vs. Bucks
Islanders, down 2-1 vs. Lightning, looking to bounce back once again
COVID Updates: Canada, US extend border restrictions until July 21
More TOP STORIES News