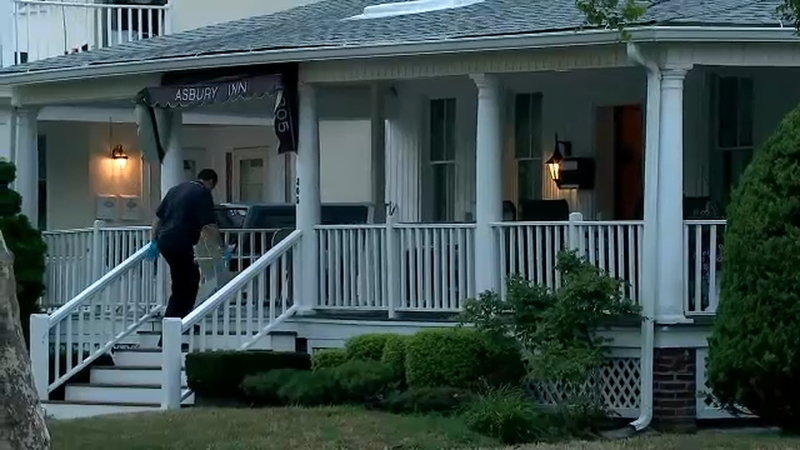 ASBURY PARK, New Jersey (WABC) -- An investigation is underway after a police-involved shooting in New Jersey left a man dead.

It happened just after 10 p.m. Tuesday at the Asbury Inn on 7th Avenue in Asbury Park, where police were called to a boarding house on a report of an emotionally disturbed person.

Investigators say officers entered the building and attempted to talk to 27-year-old James Manzo at his doorway.

Manzo tried to shut his door on the officers but then emerged armed with a pair of scissors, according to the New Jersey Attorney General.

During the encounter one officer fired at Manzo, fatally wounding him. No other injuries were reported.

One of the officers involved was taken to Jersey Shore Medical Center to get checked out.

The shooting happened just one block from the boardwalk.
The New Jersey Attorney General's Office has taken over this investigation, which is standard anytime a police officer shoots someone.