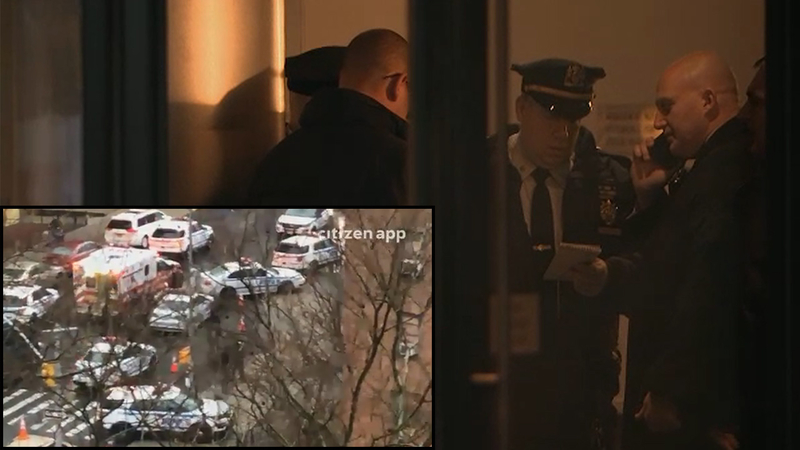 LOWER EAST SIDE, Manhattan (WABC) -- One man was fatally shot in a police-involved shooting on the Lower East Side Friday morning.

It happened around 7:15 a.m. inside an apartment building on Cherry Street, where police say someone called 911 to report a domestic dispute.

When officers arrived, the 42-year-old caller told them the subject in question was in the rear of the apartment.

Officers reportedly found the man in a closet and said he was calm and compliant while being escorted into the hallway, but they say the 32-year-old suspect broke away from the officers and allegedly grabbed a large kitchen knife before running at the 911 caller.

"This happened in an instant," NYPD Chief of Department Terence Monahan said. "Within a second, as he's walking out, he grabs that knife and immediately goes towards his domestic partner and begins stabbing her. At that point, officers immediately took their weapons out and discharged them.

The suspect was identified as Joshua Rember Williams of Brooklyn.

The NYPD released a picture of the knife: 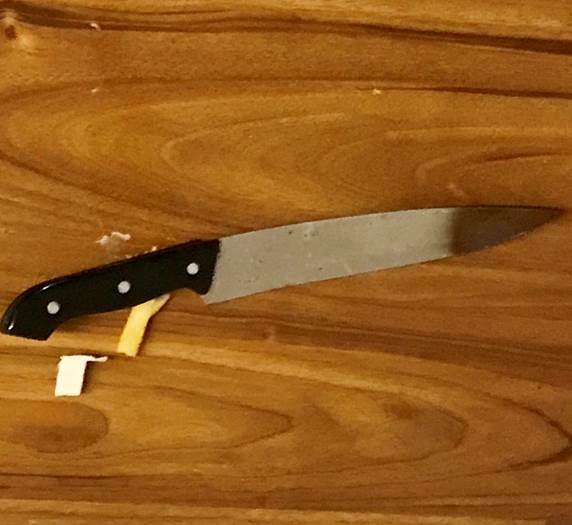 The suspect was taken to NewYork-Presbyterian Lower Manhattan Hospital, where he was pronounced dead.

The 911 caller is being treated at another area hospital for slash wounds to the right side of her face and left shoulder, as well as a puncture wound to the left shoulder.

She is in stable condition and is expected to survive.

Police say there is a history of domestic violence between the two, and that there was a recent order of protection in place against the suspect.

Monahan also noted that the officers involved were wearing body cameras that were rolling the entire time.

"They were rolling before they got into the apartment, kept the entire incident," Monahan said. "It captures the officers doing the CPR, doing anything they could to save this individual's life."

Several officers were treated for minor injuries, mostly for ringing in their ears.

"The officers are fine," Monahan said. "They were taken to Beth Israel for observation. They are being released."

NYPD officials say the two officers involved should have probably handcuffed the suspect while he was cooperating, but it did appear that the situation had calmed down and that restraints were not necessary.

The investigation into this incident is ongoing.