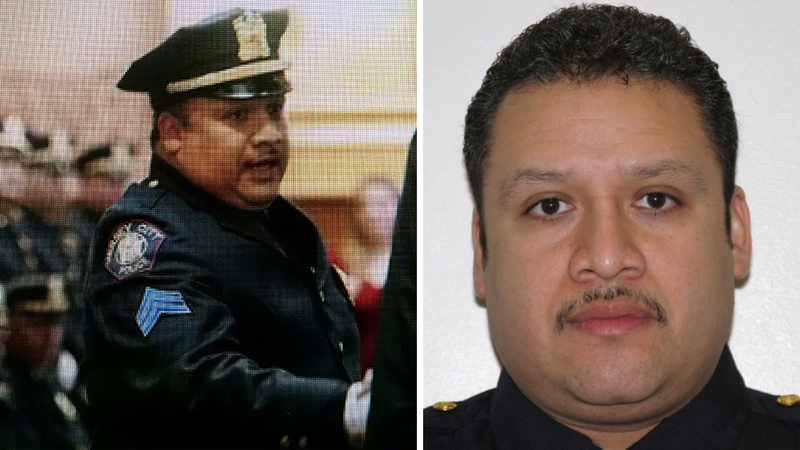 NEWARK, New Jersey (WABC) -- A 23-year-veteran of the Jersey City Police Department will be laid to rest.

Lieutenant Christopher Robateau, 49, was hit by a truck on the Jersey Turnpike last Friday.

Police say he was in uniform and on his way to work at the time.

The 49-year-old was hit when he got out of his car after he was involved in a minor accident.

His funeral will be at St. Aeden's Church at 11 a.m. Thursday.

In lieu of flowers his family is asking for donations to the Union Catholic Scholarship Fund, the school his children attend.