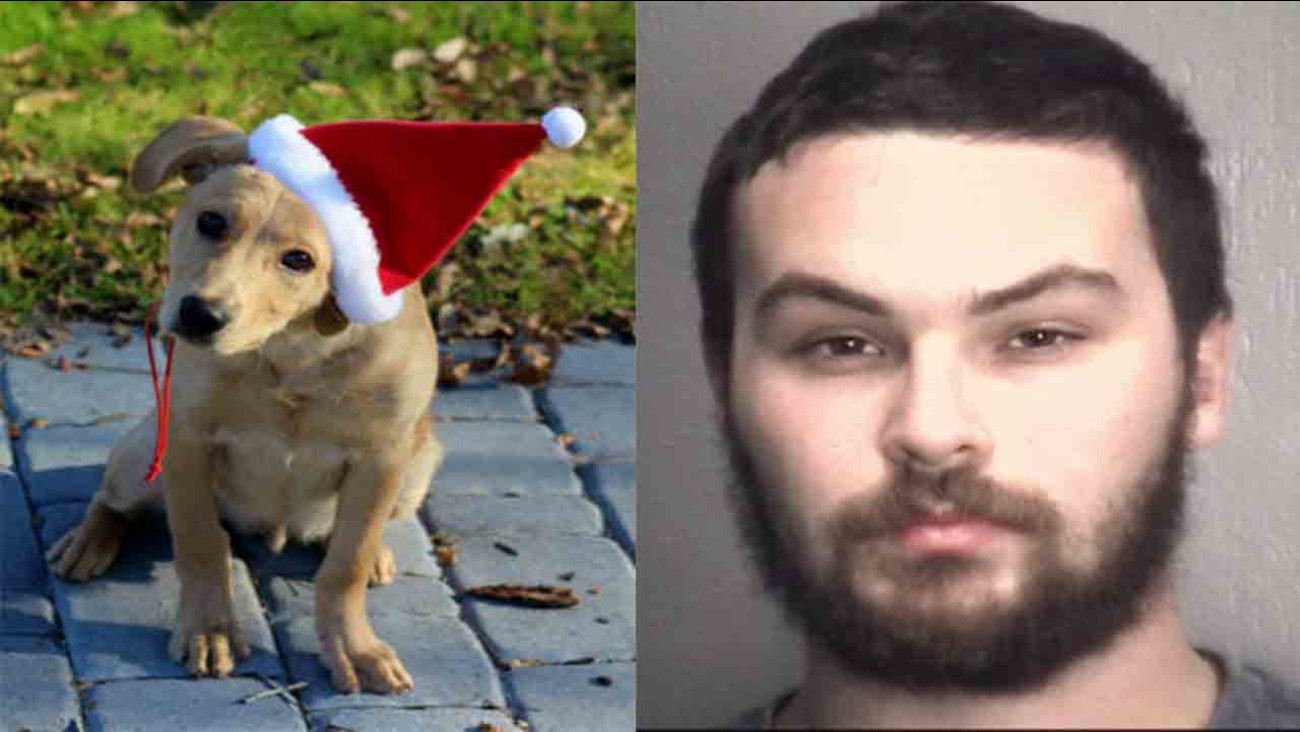 NEW HANOVER COUNTY, North Carolina -- A North Carolina man has been arrested after what a veterinarian is calling the most severe case of animal cruelty he's seen.

The family of Christopher Simpson's girlfriend adopted a dog named Axel from Animal Services on December 1. Authorities say he and his girlfriend then went to the family's house for a visit.

While they were there, the group decided to visit other family members for the holiday, but Simpson reportedly did not want to go. The family let him stay behind to play video games.

While the family was gone, the 21-year-old Simpson called his girlfriend and told her that Axel peed on the floor, New Hanover County Sheriff's Office spokesman Lt. Jerry Brewer told WWAY.

He allegedly told her that he popped the dog on the butt, and the dog bit him. When the family returned, they couldn't find Axel.

Brewer said the family called their daughter, who told them Simpson didn't know his own strength and when he punched the dog, he killed it.

Axel was found dead behind the family's shed.

A veterinarian performed a necropsy and called it the worst case of animal cruelty he's since in the history of his practice. He ruled Axel died of blunt force trauma and bled out internally.

Simpson was arrested Monday and charged with felony animal cruelty. He is free on $2,500 bond.