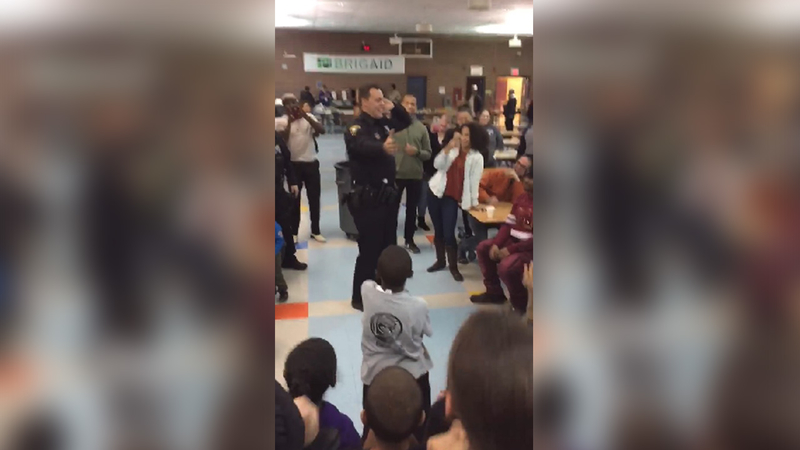 NEW LONDON, Connecticut -- A Connecticut police officer put his duties on hold to bust a move. However, even with some fancy footwork, he was no match for his dance-off competition.

New London Police Officer Alex Dyer was working with every move in his repertoire, but he still couldn't beat 2nd grader Amir Thomas.

The dance-off took place at a local middle school as officers were there to deliver students pizza.

Dyer says he knew he was beat when Thomas started dancing.