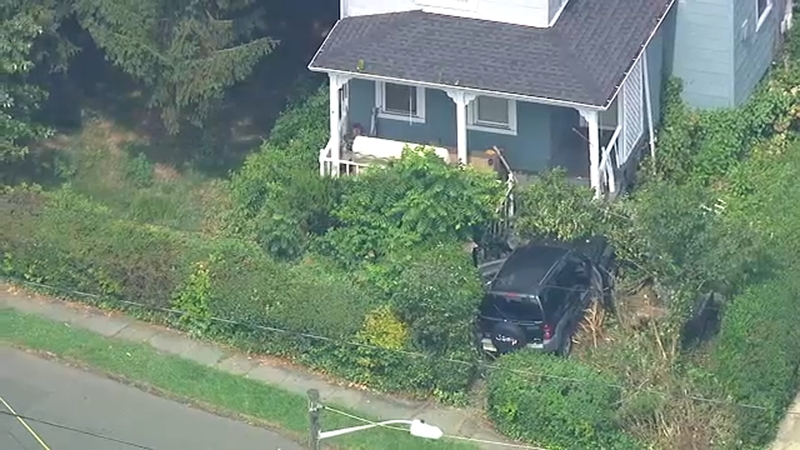 NORTH PLAINFIELD, New Jersey (WABC) -- A car apparently dragged a police officer while trying to speed away from a traffic stop --then crashed into a house in New Jersey Friday.

It happened around 10:00 a.m. near Sandford Avenue and Brook Avenue in North Plainfield, Somerset County.

News Copter 7 video from the scene shows an SUV on the front lawn of a home, with its hood resting on its front porch.

Police said the chain of events unfolded when an officer initiated a car stop. Witnesses said someone called 911 because a man and woman were arguing inside the car.

With the officer on foot, approaching the car, the driver -- believed to be the woman -- decided to speed away and stepped on the gas.

The officer reached into the window and attempted to grab control of the wheel. The vehicle continued into a nearby house.

"Something hit the front porch, and it turns out to be a car, and I thought it was an earthquake," neighbor Keith Thompson said.

The officer was injured but is expected to be OK.

"They pulled the officer out from under the right side of the car, the other officers kind of hold him and get him to the police car and the ambulance wasn't here yet, so they took him right to the hospital," an official said.