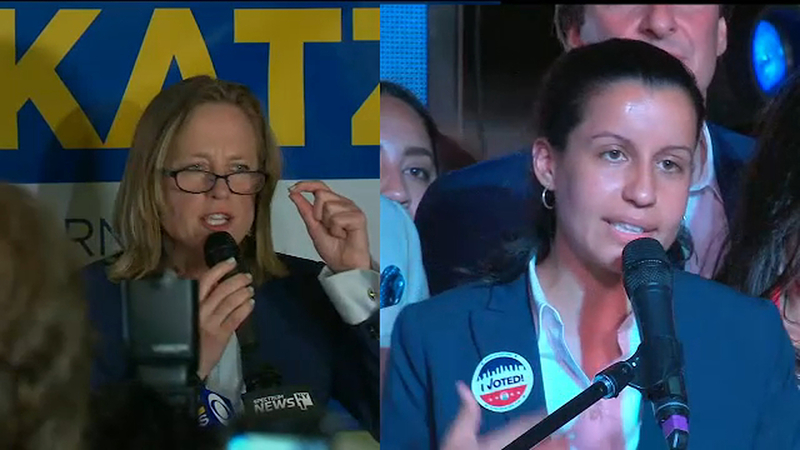 NEW YORK (WABC) -- The manual recount of 91,000 ballots in the nationally watched Democratic primary for Queens district attorney is over, and Borough President Melinda Katz is leading by 60 votes.

But that doesn't include 114 unopened paper ballots that the Board of Elections ruled invalid, so challenger Tiffany Caban says she's taking the matter to court.

The too-close-to-call election was held last month, and the Board of Elections certification of the counted votes is expected next week.

After the initial count was done, Katz had only a razor-thin lead over Caban -- who had held a 1,090-vote lead with 99 percent of precincts reporting on primary night.

The race is being watched as a stand-in for the national tug-of-war between establishment and progressive Democratic factions.

The contest in Queens, a borough of nearly 2.4 million people, is serving as a dual referendum on criminal justice reform and progressive politics.

All the Democrats largely embraced changes that already have been implemented to some degree by the top prosecutors in Manhattan and Brooklyn, such as reducing prosecutions for possession of small amounts of marijuana.

But Caban, 31, who identifies as a queer Latina, has promised to take things further, saying more radical reform was needed to change a cycle of mass incarceration. She has promised to stop prosecuting recreational drug use, prostitution and small-time crimes like subway fare evasion, and seek less punitive sentences for many felonies.

She says the criminal justice system is rigged against the poor and was backed by Rep. Alexandria Ocasio-Cortez, while the 53-year-old Katz is the favorite of the state's Democratic Party establishment.

Katz has never worked in criminal law, but she was the best-financed candidate in the race. She had also promised major reforms to the district attorney's office, including curtailing prosecutions of women for prostitution.

The winner will be favored to win the November general election to succeed longtime District Attorney Richard Brown. He died in May at age 86.

Either Katz or Caban would be the first woman to serve as Queens district attorney.