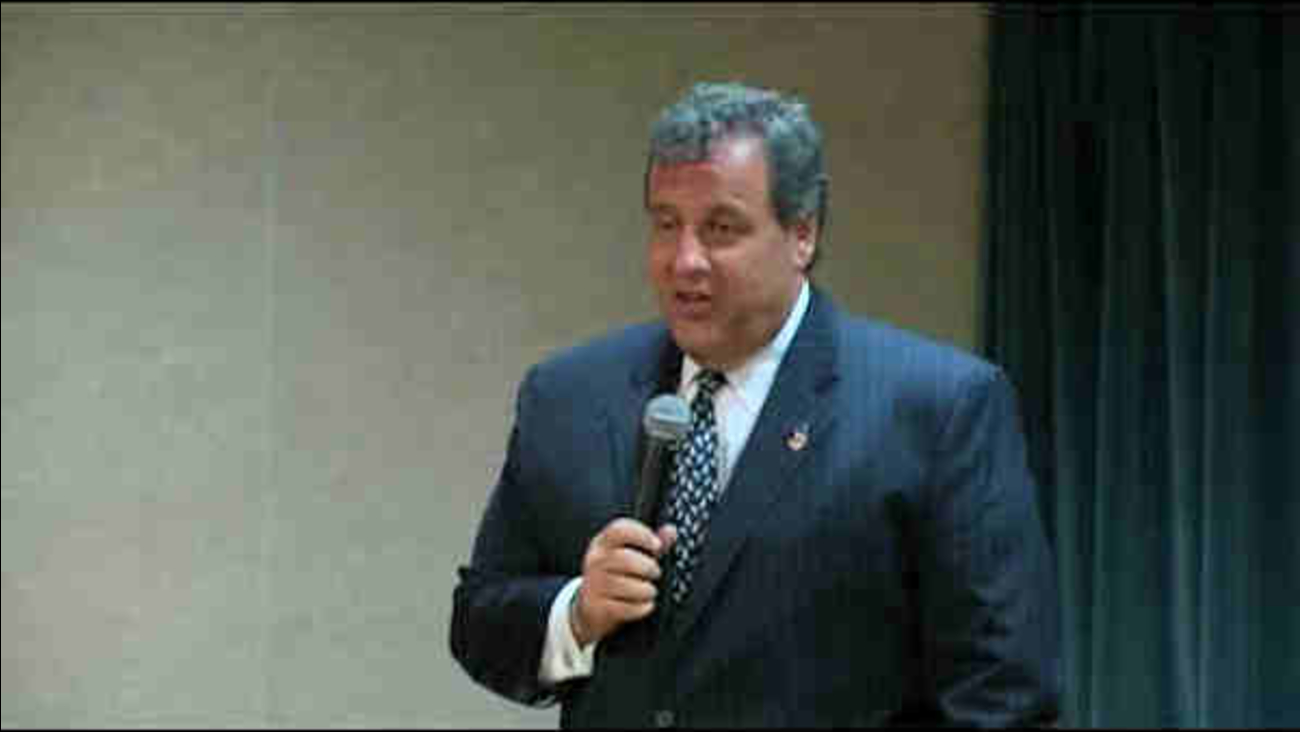 AP
By STEVE PEOPLES
NASHUA, N.H. -- Promising to visit New Hampshire often, New Jersey Gov. Chris Christie on Thursday defended his economic record against Democratic attacks while courting voters in the first-in-the-nation presidential primary state for the second time in little more than a month ahead of a prospective White House bid.

The New Hampshire visit came as Christie crisscrosses the country this summer to bolster fellow Republicans as chair of the Republican Governors Association. His schedule also is packed with stops in key states on the presidential nomination calendar, giving him the opportunity to make inroads with fundraisers, party leaders and activists who will be crucial if he decides to run in 2016.

"I can tell Walt that it's not easy when you're governor having to take over a moribund economy," Christie told a few dozen employees gathered inside the company's conference room. "I know his is barely moving forward. Mine was moving backwards when we got there."

He added: "A lack of economic growth and job creation is something that I'm fairly familiar with having taken over New Jersey in similar circumstances."

The New Jersey governor's economic record has come under intense scrutiny in recent months as he works to recover from the bridge scandal that jeopardized his early front-runner status in the race for the 2016 GOP presidential nomination. He has since described the episode as "a footnote" in his political career, although multiple investigations continue into whether political retribution guided the decision to close lanes leading up to the George Washington Bridge.

"It's pretty clear that this is part of his presidential rehabilitation tour," said Democratic National Committee spokesman Mo Elleithee, who stood outside BAE Systems until he was asked to leave the property. "I actually think the more time he spends in New Hampshire the better it is for us."

"If he wants to come here and sell that fiscal record as the model of good governance, then we'll buy the next plane ticket," Elleithee said.

"He was faced with a very difficult situation and, as all good leaders do, he did the proper investigation and he held people accountable," Havenstein said. "That's what good leaders do. He fixed it. He demonstrated his leadership."

Christie, meanwhile, said he wouldn't stay away from New Hampshire for long.

"I'm going to be up here often to help Walt as much as I possibility can," he said.