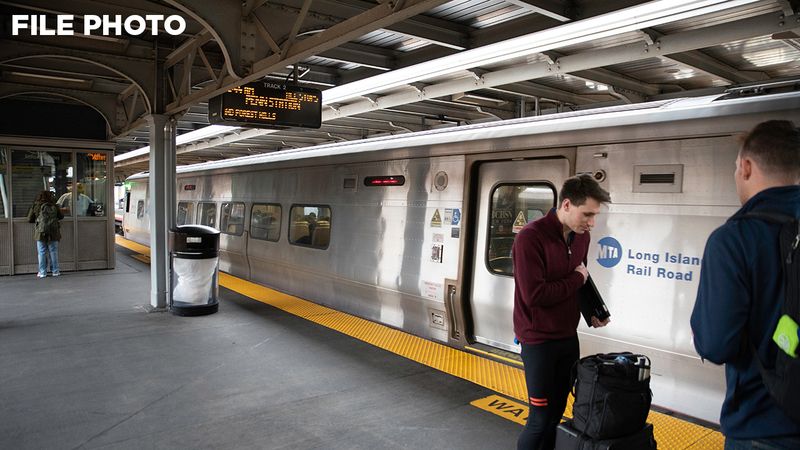 LONG ISLAND (WABC) -- Four LIRR workers made a combined $650,836 in overtime last year -- partly by claiming "excessive and unsubstantiated" travel time for driving to and from overtime assignments they chose, according to the MTA's inspector general.

The four, all foremen in the track and structures division of the railroad's engineering department, received an estimated $146,800 combined in "questionable travel time payments" for 2018.

The workers claimed an extra hour's pay for the time it took to travel to an assignment and another hour for traveling back home. Many times, those extra hours pushed their total hours worked beyond 16, the threshold needed to earn double time.

"According to the information we have received, the union contends that for decades, LIRR has paid workers for one overtime hour before and after each overtime shift, regardless of the distance a given worker needs to travel to the overtime work site," the report by MTA Inspector General Carolyn Pokorny wrote.

"We conclude that this has been a very costly and wasteful practice, brought about by years of managerial neglect that allowed a small group of workers to take advantage at taxpayer expense," Pokorny added.

The four ranked among the highest earners in the MTA last year.

"The management team takes very seriously any confirmed abuses described in the Inspector General's letter. Biometric time clocks have been installed across the LIRR. New management controls are in place to ensure overtime is assigned only when necessary and is monitored and approved by supervisors. We are undertaking a legal review of past practice regarding pay for travel time to make certain we appropriately pay employees going forward.

"I acknowledge the value of the OIG's work, as well as a similar review by the United States Attorney. The LIRR is focused on protecting the public's money, and is implementing discipline where warranted and timely, given outside ongoing investigations with which we are fully cooperating. We are determined to recover pay that was received without being earned by a small number of employees, and have already reclaimed funds in certain cases."