7 On Your Side Investigates: Voter access on Election Day 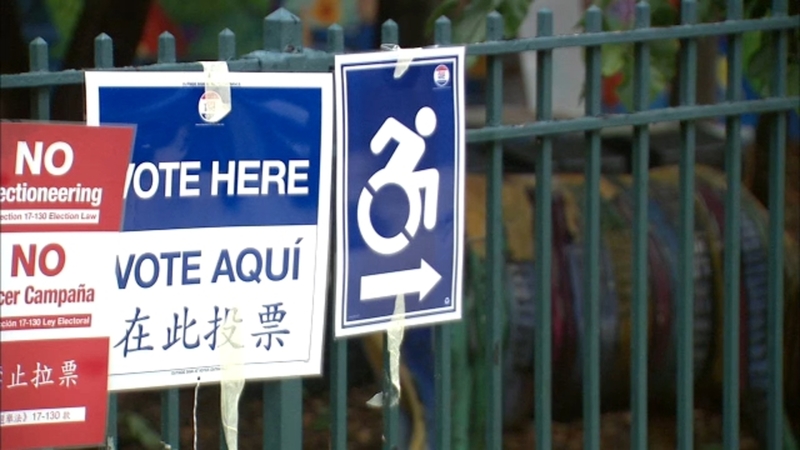 7 On Your Side Investigates: Voter access on Election Day

NEW YORK CITY (WABC) -- The New York City Board of Elections addressed concerns about polling accessibility for people with disabilities ahead of the midterm elections.

"We are going through the issues, checking off the boxes making sure we are hitting all of our marks, and we are whittling down the problem," BOE Executive Director Michael Ryan said. "Now, have all of the problem been solved? No. But we've come a long way."

Ryan was responding to an Eyewitness News 7 on Your Side Investigation that found several barriers to accessibility for voters with disabilities still existed during the 2018 New York City Primary despite a federal court order roughly six years ago demanding the city do a better job of providing voters polling sites without barriers as federal law requires.

"We find it remarkable that in 2018 people cannot get into the polls to vote," Disability Rights New York (DRNY) Executive Director Tim Clune said.

Eyewitness News went around with attorneys at DRNY, who surveyed a sampling of the city's more than 1,000 polling sites and found roughly one in five had malfunctioning ballot marking devices that help individuals with disabilities vote privately and independently. The investigation also found trip hazards, troublesome ramps and doorways for people in wheelchairs, and a lack of space at certain voting booths for individuals requiring mobility assistance to maneuver.
EMBED More News Videos

"What's wrong with them?" said Carol Lizaso, a voter who relies on a wheelchair and has had difficulty casting her ballot in the past. "The population isn't getting younger, and wheelchairs are important."

Eyewitness News did find some improvements since the 2012 court ruling. Multiple sites had designated monitors to help people with disabilities and address concerns about accessibility. Every site also tried to point those with disabilities toward an accessible entrance, although in at least one occasion, the sign led voters in the wrong direction.

"Those people who do not need accessible voting are allowed to show up and cast their vote," Clune said. "So it would seem to me that what we don't want to do is have those people who need accessible voting sites to be relegated to second-class citizens."
The problems found during the 2018 NYC Primary were consistent with barriers observed during the 2017 election cycle, when DRNY found more than two out of three polling sites had at least one significant barrier to vote, based on a survey of 54 polling sites.

"Incremental change can happen, and what I have seen over the years is a lack of will to do it," Clune said.

Ryan said the issue isn't a lack of will, but rather a complicated set of circumstances that have made progress toward complete accessibility slower than he would like.

"There is this tension between the lack of poll sites, finding poll sites that are approximate to voters in a particular area, and then also getting poll sites that comply with the Americans with Disabilities Act," he said. "So it is something we take very seriously. I don't think it's a lack of concern, and I don't think it's a lack of caring, but it is a big complex process...And it really comes down to an attention to detail. In the beginning, we had an issue with long-time coordinators supplanting their judgment with the surveyors that have come out. We have worked diligently over the time to tell these folks, 'We appreciate your longtime service. However things have changed, and we have to do things a new way now.'"

Ryan encouraged anyone who encounters an accessibility problem on Election Day Tuesday, to call the BOE hotline so that an ADA monitor can address the concern.