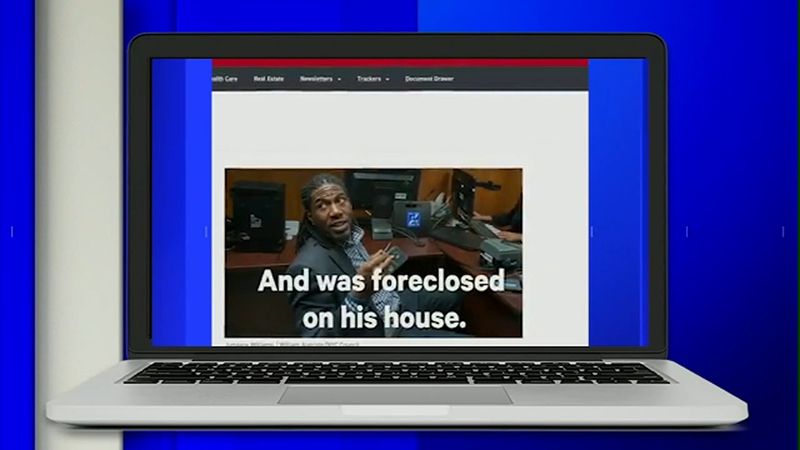 NEW YORK (WABC) -- A new political ad on social media is sparking controversy in the race for Lieutenant Governor of New York.

It is posted by incumbent Kathy Hochul and targets the financial problems of candidate Jumaane Williams. But some Williams supporters are blasting the ad, calling it racist.

At City Hall Tuesday, there were accusations of racism over the new online ad by Hochul.

She points out that Williams still owes $10,000 in taxes and has a $625,000 loan from a failed business and that he was foreclosed on over his house.

The ad concludes by asking, "If he can't manage his own finances do you really want him managing yours?"

"I was really shocked when I saw this ad for the racial dog whistling and the poor shaming," said Democratic gubernatorial candidate Cynthia Nixon. "I expect that out of Republicans but I do not expect that from New York Democrats."

Nixon and her supporters point out that like Williams, millions of Amerians struggle with debt and financial problems.

"And to say you should not run for office because you're like millions of others have had the same sort of problems, that is where the racism comes in," said Bertha Lewis of The Black Institute.

On Tuesday we met up with Hochul, who defended the ad as fair and far from racist.

"It's all about making sure that people who go before the voters have a clean record and that they let people know where their money is coming from, how they handle their finances, kind of an important responsibility when you're in a statewide office," she said.

In the governor's race, polling shows Cuomo is way out in front. But in the lieutenant governor's contest it is much closer, with half saying they're undecided and primary election day only five weeks away.