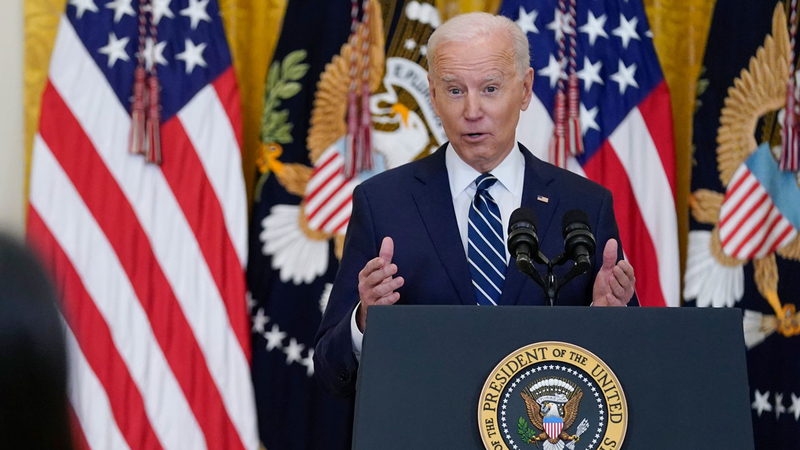 Biden says he intends to run for re-election in 2024

WASHINGTON -- President Joe Biden on Thursday said he would likely seek reelection in 2024, but the 78-year-old Democrat left open the possibility of stepping aside after one term.

"My plan is to run for reelection. That's my expectation," Biden told reporters in a wide-ranging news conference, the first of his young presidency.


He later pushed back against a reporter's suggestion that his 2024 plans were definite.

"I said that is my expectation," Biden said. "I'm a great respecter of fate. I've never been able to plan four-and-a-half, three-and-a-half years ahead for certain."

Traditionally, there is no mystery as to whether a first-term president will run for reelection. But questions about Biden's 2024 intentions have swirled since even before his November victory - because of his age. At 78, Biden is the oldest person to assume the presidency.

President Joe Biden opened his first formal news conference Thursday with a nod toward the improving picture on battling the coronavirus, doubling his original goal by pledging that the nation will administer 200 million doses of COVID-19 vaccines by the end of his first 100 days in office.

His 2024 plans have a direct effect on his political power.


If viewed as a one-term president, Biden's would effectively be a lame-duck president with diminished sway at home and abroad as he pursues an aggressive agenda.

Given a high-profile opportunity to declare his intentions Thursday, he sought to create the impression he was not a lame duck, but he avoided making any definite promises.

Should he run again, he said he "would fully expect" to choose Vice President Kamala Harris to be his running mate again. "She's doing a great job. She's a great partner," he said.

Biden seemed exasperated when asked if he expected former President Donald Trump to run on the Republican side in four years.

"I don't even think about it. I have no idea," Biden said, suggesting that Trump may not even be part of the Republican Party.
Report a correction or typo
Related topics:
politicsgovernmentjoe bidenelection
Copyright © 2021 by The Associated Press. All Rights Reserved.
RELATED 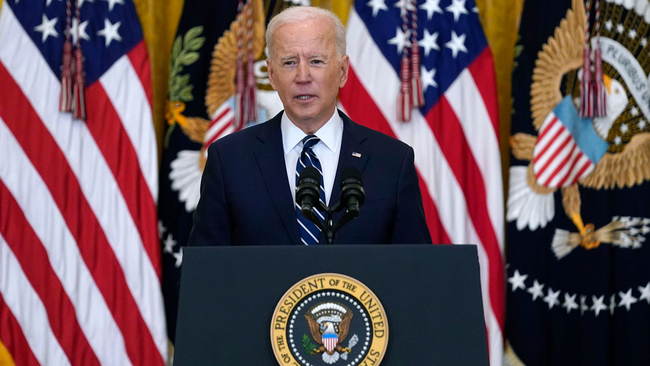