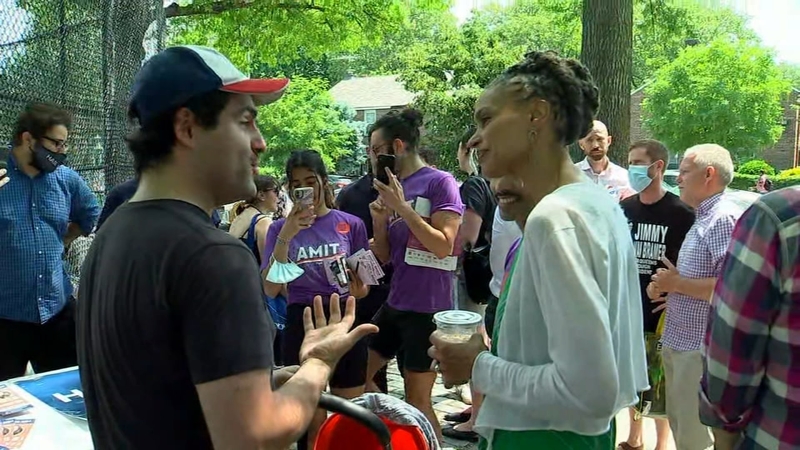 NEW YORK CITY (WABC) -- In the final weekend of campaigning before Tuesday's NYC mayoral primary, the Democratic candidates were making stops all over the city on Saturday, trying to get out the vote.

Gaining traction in recent days after an endorsement from Alexandria Ocasio-Cortez, Maya Wiley was in Sunnyside, then she joined Black Lives Matter in Harlem, while Andrew Yang appeared with Kathryn Garcia in Lower Manhattan - after Wiley declined the invitation.

"People have been asked, 'can a progressive candidate win?' I'm focused on June 22, and getting people to rank the vote," said Wiley.

Garcia refuses to endorse Yang, but he has made it clear she will be his number two on the new ranked choice ballot.

The two appeared together, hoping to hedge out frontrunner Eric Adams, who was in the Bronx on Saturday, denouncing the recent gun violence after a masked gunman opened fire on a man narrowly missing two children.

"We can disagree and still campaign together," said Yang.

With ranked choice voting, it is much harder to predict how the election will go. And with two full voting days left, it is still anyone's election.