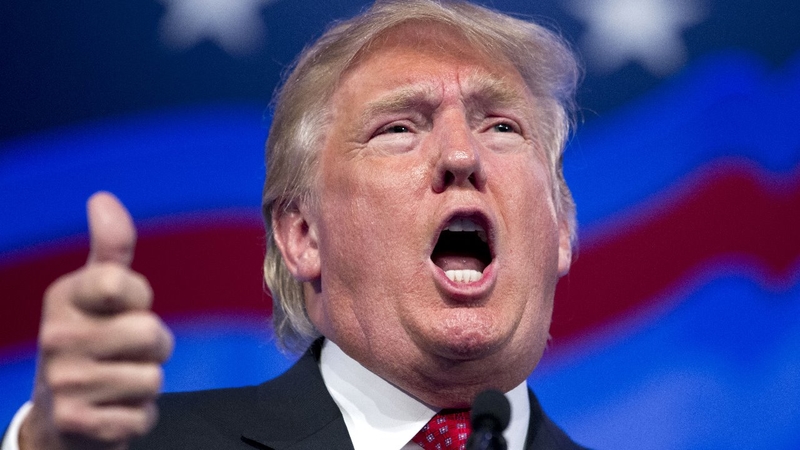 The fundraiser was scheduled before Trump took control of the nomination process with a win last week in Indiana.

It comes amid negotiations between the celebrity businessman and the Republican National Committee about fundraising for the general election.

Tickets to the Woodbury event were $200 each, but commuters on Jericho Turnpike paid in a different way with a heap of traffic during rush hour.

But the hundreds of Trump supporters lining up said it's worth it.

"I think it's about time that we put in America first. I don't see anything wrong with that. I think it's time to bring jobs home," said Debra Levine of Syosset.

"The immigration, it's outa control, outa control," said Cris English of Valley Stream. "Everybody just gets everything for free and people like us gotta pay for it."

Meanwhile, only a few anti-Trump protesters showed up.

"Anybody who votes for Trump votes for racism, basically," said one.

But two got heckled by motorists, saying 'Go home'.

"I would say that I have in mind five different people. I think they are excellent," he said.

As for his next challenge, it'll be Capital Hill Thursday, a meeting with Republican leaders, including House Speaker Paul Ryan who has yet to endorse his party's inevitable nominee.

"He is a very good man. He wants what's good for the party, and I think we're going to have very positive results," Trump said.

Wednesday night's speech in Nassau County is Trump's third Long Island appearance so far. Each one has drawn plenty of security, and certainly plenty of people.