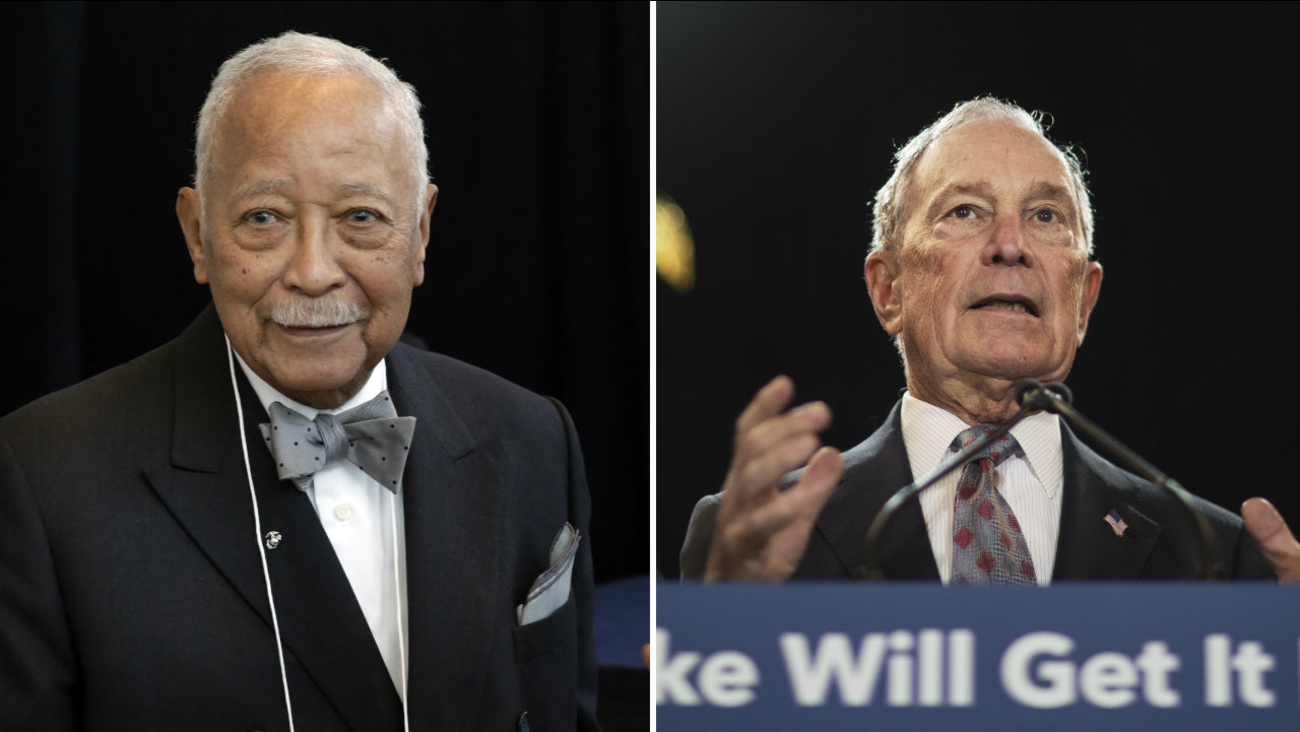 Dinkins announced his endorsement for Bloomberg on Tuesday and praised his strong track record of success as mayor of NYC, as well as his success as both an entrepreneur and a global philanthropist.

"Mike and I share core values of inclusion, fairness, a commitment to strengthening our communities, and supporting the least among us," Dinkins said. "Being mayor of New York is the second-hardest job in the country. Mike and I know the challenges of governing a major metropolis unlike any other city in the world. Today our nation is in need of compassionate and competent leadership. That's why I'm voting to promote Mike to the hardest job in the country."

Dinkins said Bloomberg brought New Yorkers together after the 9/11 attacks and led the rebuilding of Lower Manhattan.

"I have complete confidence in Mike's ability to lead this country during these challenging times and that is why I endorse my friend Mike Bloomberg for President of the United States," he said.

Dinkins became the 106th mayor in 1989 and was the first and only African American mayor of NYC.

"When I was in City Hall, I built on the work Mayor Dinkins led to reduce crime and homelessness, build affordable housing, create new cultural programs, and revitalize the city," Bloomberg said. "Mayor Dinkins knows what it takes to lead on issues Democrats care most about, and I'm honored to have his endorsement and support."