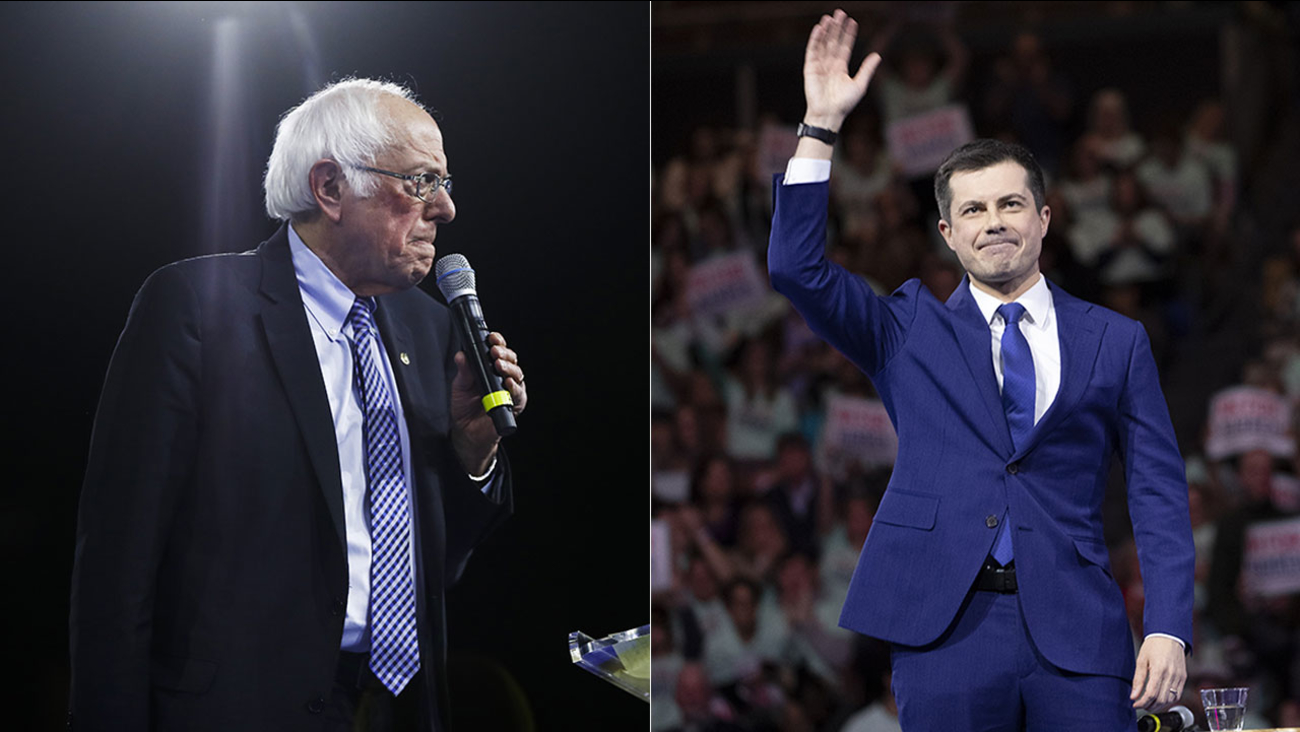 AP
The Iowa Democratic Party released caucus results Sunday night that show Pete Buttigieg slightly ahead of Bernie Sanders, but doubts remain about the accuracy of the tally.

Sanders' campaign plans to ask for a "partial recanvass" of the results of last week's Iowa caucuses.

A campaign aide confirmed the plans Sunday night, ahead of a Monday deadline for candidates to ask the Iowa Democratic Party to recanvass the results. A recanvass is not a recount, but a check of the vote count to ensure the results were added correctly.

The Associated Press remains unable to declare a winner because it believes the results may not be fully accurate and are still subject to potential revision.

Both Buttigieg and Sanders have claimed victory in the caucuses - Buttigieg, because he holds a razor-thin lead in the delegate count; Sanders, because he has received the most total support overall. But the chaos and inconsistencies in the reporting of the results have raised widespread doubts and prompted sharp criticism of the process by candidates and party leaders, and the field has largely shifted its focus to the next primary state, New Hampshire.

Technical issues roiled the caucuses. An app used by party volunteers to report results and jammed phone lines set up for the same purpose resulted in the Iowa Democratic Party failing to release any results to the public until nearly a day after the event. Party volunteers found inconsistencies in the complicated math used by caucus volunteers to calculate the outcome of each individual caucus.

To confirm the validity of the data they received, Iowa Democratic Party officials spent much of the week collecting paper records of the results and checking them against the numbers reported by volunteers. But issues continued to plague the party's reporting, and the Iowa Democratic Party on Saturday said it was reviewing reported inconsistencies in 95 precincts. On Sunday, they released updated results, which still gave Buttigieg a narrow lead in the delegate count.

But the updated results largely left issues with the complicated math used to calculate results in the individual caucus sites, known as precincts, intact - because, party leadership says, fixing the math would break the law.

Precinct leaders are required to fill out a "caucus math worksheet" at every caucus site to record the number of attendees and the results on the first and second round of voting. Those worksheets are signed by the precinct leader, secretary and representatives of each campaign present to certify their accuracy, and they're considered the official paper record of what went on in each individual caucus room.

The Iowa Democratic Party used those paper records to ensure they matched the numbers the party reported publicly. But errors in the worksheet abound. In some cases, there were issues in adding up votes for candidates, or the final count of individuals participating after the two rounds of voting was larger than the initial count.

In others, precinct leaders made errors when using the party's formula that translates raw votes to "state delegate equivalents," which are ultimately used to calculate how many national delegates each candidate receives.

But in an internal party email sent this weekend, Iowa Democratic Party Chair Troy Price said that, according to the advice of the party's attorney, Shayla McCormally, those worksheets are considered legal documents and tampering with them would amount to a crime.

"It is the legal voting record of the caucus, like a ballot. The seriousness of the record is made clear by the language at the bottom stating that any misrepresentation of the information is a crime," McCormally said in the internal party email. "Therefore, any changes or tampering with the sheet could result in a claim of election interference or misconduct."
Report a correction or typo
Related topics:
politicsiowapete buttigiegbernie sandersdemocrats2020 presidential electioniowa caucuses
Copyright © 2020 by The Associated Press. All Rights Reserved.
More Videos
From CNN Newsource affiliates
TOP STORIES