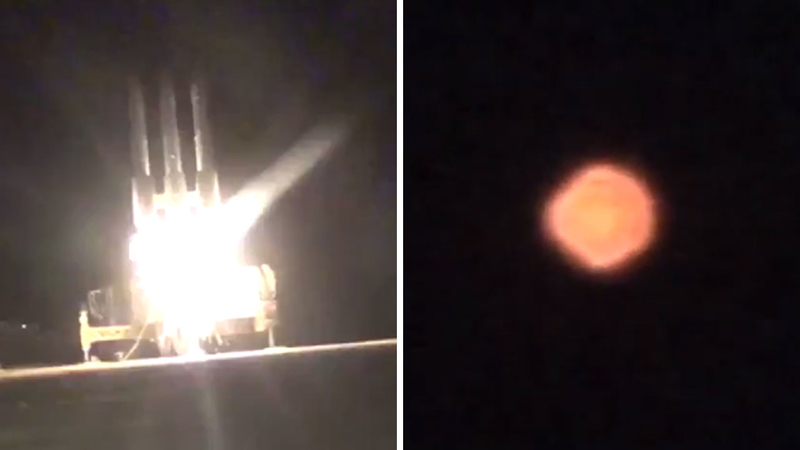 The video, which aired on Iranian state-run television, has not been independently verified by ABC News.

The downing of the huge, unmanned aircraft, which Iran portrayed as a deliberate defense of its territory rather than a mistake, was a stark reminder of the risk of military conflict between U.S. and Iranian forces as the Trump administration combines a "maximum pressure" campaign of economic sanctions against Iran with a buildup of American forces in the region.

President Donald Trump is playing down Iran's downing of an American drone, saying that it might have been a mistake executed by someone just being "loose and stupid."

The Revolutionary Guard also ran a video on state-run television purporting to show the flight path of the U.S. drone before it was shot down. The Guard said it shot down the American drone over Iranian airspace, while U.S. officials told The Associated Press the downing happened over international airspace in the Strait of Hormuz.

The different accounts could not be immediately reconciled.

President Donald Trump later said that "Iran made a very big mistake" by shooting down the drone but suggested it was a foolish error rather than an intentional escalation of the tensions that have led to rising fears of open military conflict.