WABC
Presidential candidate Joe Biden appeared on The View on Friday for a wide-ranging interview that covered topics such as President Donald Trump's reaction to his candidacy, his reflections on grief after losing his son Beau, and his recent phone call with Anita Hill.

Biden entered the crowded race Thursday as one of the frontrunners for the Democratic nomination.

The interview Friday was his first since joining the race. Biden and his wife, Jill, will also speak with Good Morning America's Robin Roberts next week.

As the chairman of the Senate Judiciary Committee in 1991, Biden ran the confirmation hearings for Supreme Court Justice Clarence Thomas. Biden has recently apologized for the handling of the allegations made by Anita Hill, who brought sexual harassment in the workplace into the national spotlight when she testified that Thomas made unwanted advances and lewd comments when she worked for him.

Biden said in a 2017 interview that he regrets not toning down the grilling of Hill during her hearing.

"I wish I had been able to do more for Anita Hill," he said. "I owe her an apology."

As he prepared to announce his candidacy, Biden arranged a phone call with Hill to express his regret for what she endured. Hill spoke to the New York Times about that conversation, saying she is not convinced he accepts accountability.

"I cannot be satisfied by simply saying, 'I'm sorry for what happened to you,'" she told the newspaper. "I will be satisfied when I know there is real change and real accountability and real purpose."

Hill said she is not totally against supporting Biden's candidacy, but she would not consider it until he takes full responsibility for his actions.

RELATED: What to know about VP, presidential candidate Joe Biden

On The View, Biden said he was grateful that Hill took his call.

He said that the process of Supreme Court nomination hearings still needs to be changed but he added that they should be treated as job interviews, not trials.

Speaking specifically of how he interacted with Hill, he said, "I don't think I treated her badly," adding, "I did everything in my power to do what I thought was in the rules to be able to stop it."

Biden also said that Hill should be credited with "significant changes."

"She's one of the reasons why we have the Me Too movement," he said.

Shortly after Biden announced his candidacy, Trump commented on his age.

If Biden, 76, were to secure the Democratic nomination and run against Trump, 72, either would be the oldest U.S. president ever elected.

On The View, Biden responded to Trump's comments by saying, "If he looks young and vibrant compared to me, I should probably go home."

He added, "The best way to judge me is to watch, see if I have the energy and the capacity - it's a 'show me' business."

ON OBAMA'S LACK OF ENDORSEMENT

Biden said he asked former President Barack Obama not to issue an official endorsement. Instead an Obama spokesperson issued a statement of support on Thursday saying the two had "forged a special bond over the last 10 years and remain close today."

The former VP asked the president to do this because he didn't want to run on the president's merits but rather on his own.

"I'm going to do this based on who I am," Biden said. "Not by the president going out and trying to say, 'This is the guy you should be with.' That's why I asked him not to."

Asked how his presidency might differ from an Obama White House, Biden said that he and Obama might disagree on implementation but that they agree on philosophy. Part of that philosophy is to strive for change.

"It's not about re-creating what we did," he said. "It's about taking the same decency and the philosophy that we had -- the political philosphy -- and taking it into the future. There's so much we can do."

ON ALLEGATIONS OF TOUCHING WOMEN WITHOUT THEIR PERMISSION

The women of The View also questioned Biden about allegations that he has touched women without their permission in a way that made them feel uncomfortable. He said he's trying to be more aware of what any given individual is comfortable with.

"Everybody has to be much more aware of the private space of men and women," he said. "I am much more cognizant of that. For example, I actually thought in my head when I walked out here, 'We're friends. Do I hug you?'"

Biden said that he thinks it's important for elected officials to make sure constituents feel listened to and that sometimes involves physical proximity, but he said it's his job as a politican to read the room.

For those who asked for an apology, Biden said it was not his intention to do anything wrong but to provide consolation in a moment of need.

"I'm really sorry if they -- what I did, in talking to them, in trying to console, if in fact they took it a different way," he said. "It's my responsibility to make sure that I bend over backwards to try to understand how not to do that."

ON DEALING WITH GRIEF

Biden asked who in The View audience had lost someone and pointed out that many raised their hands.

"A lot people, all you folks have lost somebody," he said. "They're still with you. They're in you. They're there."

When asked if he was running because of his son, Biden said he was not, but he explained that his son's memory urges him on. 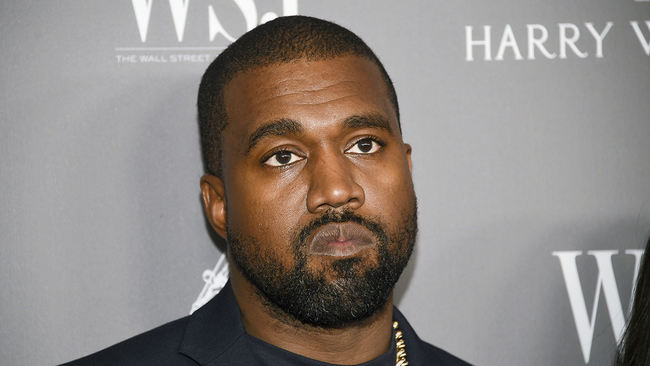 Republicans push Kanye 2020. But will it really hurt Biden?

Who will Biden pick as his VP? List of likely contenders 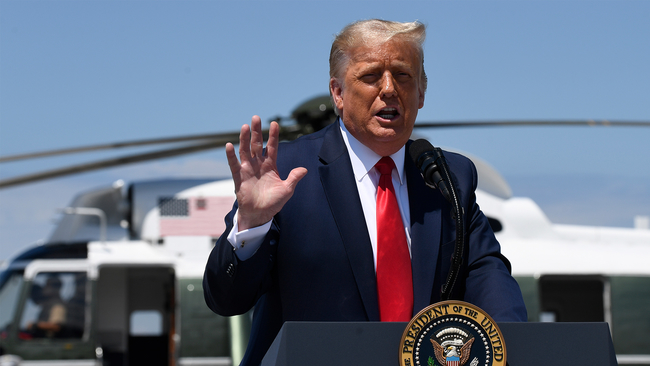