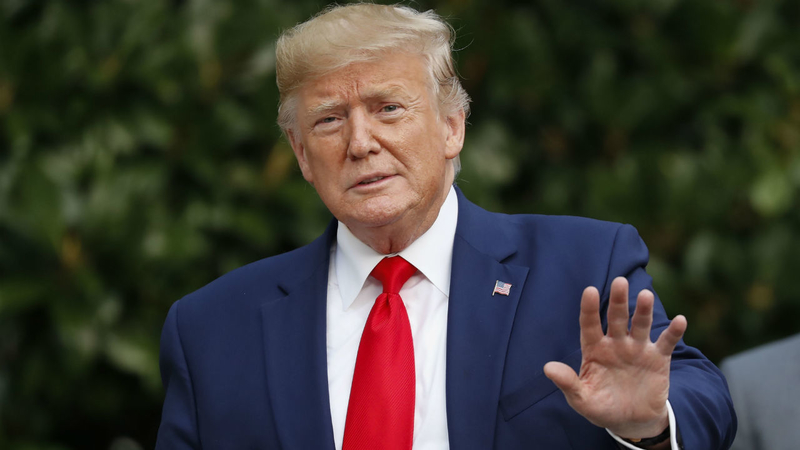 NEW YORK -- President Donald Trump will follow in the well-trod path of many other septuagenarian New Yorkers who have been drawn to Florida's year-round warmth, sunshine and low taxes.

Trump tweeted late Thursday that he will make Palm Beach, Florida, his permanent residence after leaving the White House, rather than returning to Trump Tower in New York. The move also safely ensconces Trump in the glitzy world of Palm Beach and away from the protests of solidly Democratic Manhattan.

Trump, who was born in New York and whose developer-turned-reality-star persona was honed there, said the city "will always have a special place in my heart!" But he complained that he had been "treated very badly by the political leaders of both the city and state" despite paying "millions of dollars in city, state and local taxes each year."

"In the end it will be best for all concerned," he tweeted.

The move marked the first concrete step by Trump to contemplate his post-presidency at a time when he is embroiled in an impeachment fight in Washington and a trying reelection campaign next year. Trump said he hopes the White House remains his home for another five years, but that Florida would be his primary residence.

The New York Times reported that Trump had filed "declaration of domicile" paperwork changing his "predominant and principal home" to his Mar-a-Lago resort.

Trump won Florida's 29 electoral votes in 2016 by just over 110,000 voters, less than 1% of the state's total. Aides believe his likeliest path to a second term in 2020 relies on a repeat victory in the swing state and have invested millions to shore up support.

The move brings Trump to year-round golf climes and a state with no income or inheritance taxes - likely providing substantial savings to the president and his heirs.

The move was met with derision by many New York Democrats, including the city's mayor, Bill De Blasio, who tweeted his "deepest condolences to the good people of Florida."

And New York Gov. Andrew Cuomo bid Trump "good riddance" in a statement. The Democrat added, "It's not like Mr. Trump paid taxes here anyway. He's all yours, Florida."

Florida Democratic Party Chairman Terrie Rizzo responded with a statement detailing the organization's drive to counter Trump in 2020. The effort has raised $5.2 million so far and hired 91 employees.

"He is not the first person to move to Florida to retire," Rizzo said.