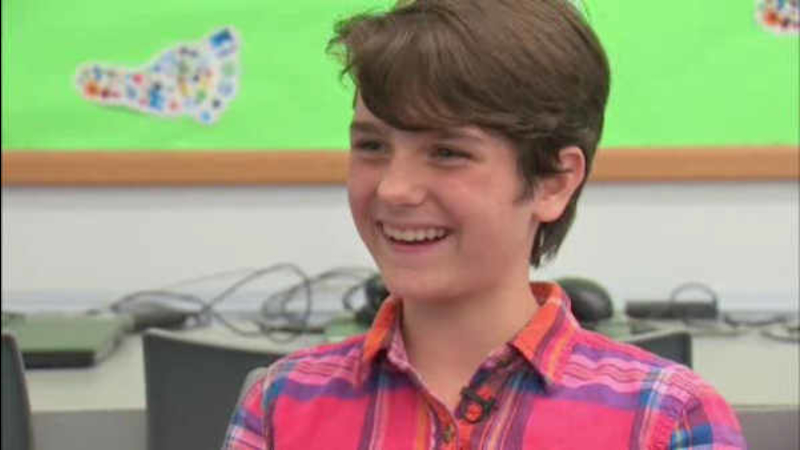 CARROLL GARDENS (WABC) -- A young girl from Brooklyn is making news because of a tweet that has gone viral.

Her name is Olivia. She's at a school for kids with disabilities, lives in a home with two dads, and calls herself a feminist.

Now she's volunteering to work for one of the women who's running for president, after school.

Here is the tweet just sent from Hillary Clinton's campaign:

It was sharing a letter from Olivia, who wrote: "Dear Hillary Clinton, I am 12 years old."

Olivia wrote Mrs. Clinton about learning challenges and what she sees as unequal access to a great education.

"I have dyslexia and ADHD and my school is very expensive. I wish there were more public schools for kids with dyslexia like me," she wrote.

And she wrote about same sex marriage: "Since I have 2 dads that is important to me."

It all started back in the summer, when Olivia wrote because she wanted to work on Hillary Clinton's campaign. Did her dad put her up to it? No.

"This was all her. She wrote a few drafts on her iPad and then she hand-wrote it", said her dad, Dominic.

"I'm a little feminist growing up to help all women with equal rights and I hope that you become the first woman president in the whole United States," she wrote.

The tweet just happened but the Clinton campaign has already put Olivia in a digital ad that shows her playing soccer and includes her voice.

And Olivia got to take a selfie with the candidate at Mrs Clinton's birthday party almost 2 weeks ago.

"She thanked me and knew who I was!", said Olivia.

Not bad for twelve years old.