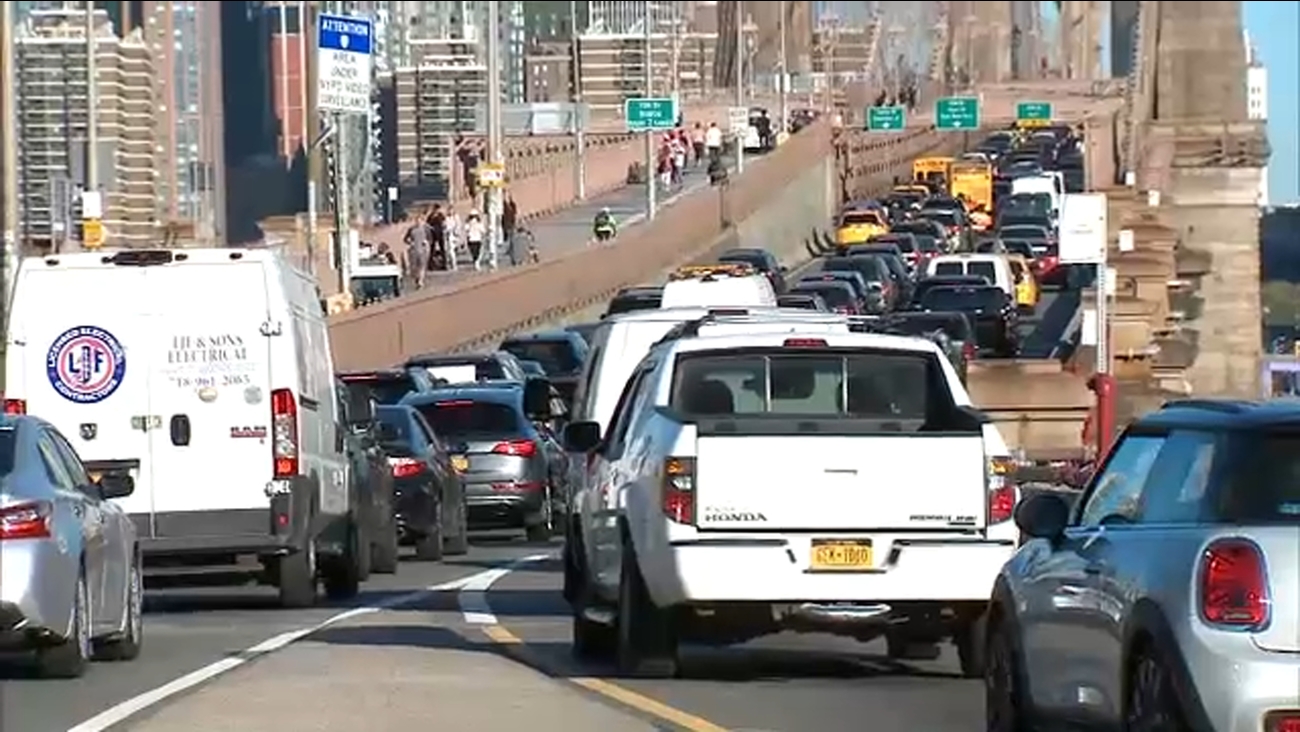 NEW YORK (WABC) -- Packs of livery drivers slowly headed across the Brooklyn Bridge and north on the FDR Drive to Gracie Mansion to protest the Taxi and Limousine Commission's changes in regulations that were aimed at boosting drivers' pay and easing congestion in Manhattan.

Drivers then rallied outside of Mayor Bill de Blasio's official residence before the caravan then continued on to Uber HQ in Manhattan. Several protestors circled the block, honking outside the ride-sharing company's office.

The drivers, with the Independent Drivers Guild, are protesting the move, which they say locks them out of the platform at times and locations when and where few riders are requesting trips.

They say the regulations are "setting a pay floor for drivers based on how much time they spend carrying passengers."

Uber and Lyft blame the city for forcing them to limit when drivers work.

Both companies oppose the unprecedented rules, saying they will prevent drivers from earning money and cut off low-income New Yorkers in remote areas not serviced by regular taxis, a claim the city rejects.