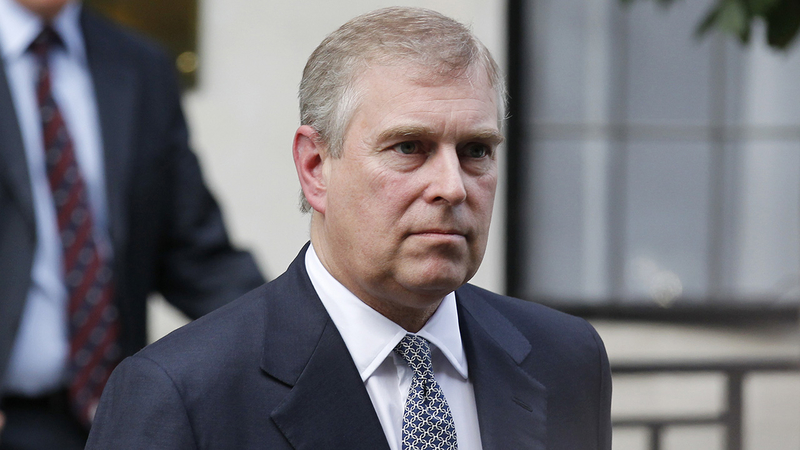 Prince Andrew denies having sex with minor in BBC interview

NEW YORK -- Britain's Prince Andrew says he doesn't remember a woman who has accused him of sexually exploiting her in encounters arranged by Jeffrey Epstein.

Andrew told BBC Newsnight in an interview scheduled to be broadcast Saturday that he has "no recollection" of meeting Virginia Roberts Giuffre, who says Epstein paid her $15,000 after she had sex with the prince in 2001 when she was 17.

Andrew has made similar denials for years but has come under new pressure following Epstein's arrest and suicide last summer in New York.

"I have no recollection of ever meeting this lady, none whatsoever," Andrew tells the BBC, according to excerpts of the interview released Friday.

Giuffre has produced a photo showing her posing with the prince in London and recently challenged the British royal to speak out, telling reporters: "He knows exactly what he's done, and I hope he comes clean about it."

She says Epstein flew her around the world on his private planes to have sex with powerful men, and that she had sexual encounters with Andrew in London and New York and in the U.S. Virgin Islands when she was 18.

Andrew said in the BBC interview that he regrets not cutting ties with Epstein after the financier was convicted in 2008 of sex crimes involving teenage girls. He saw Epstein, a sex offender, following his release from custody in Florida.

"I kick myself for (it) on a daily basis because it was not something that was becoming of a member of the royal family," Andrew said, "and we try and uphold the highest standards and practices and I let the side down, simple as that."