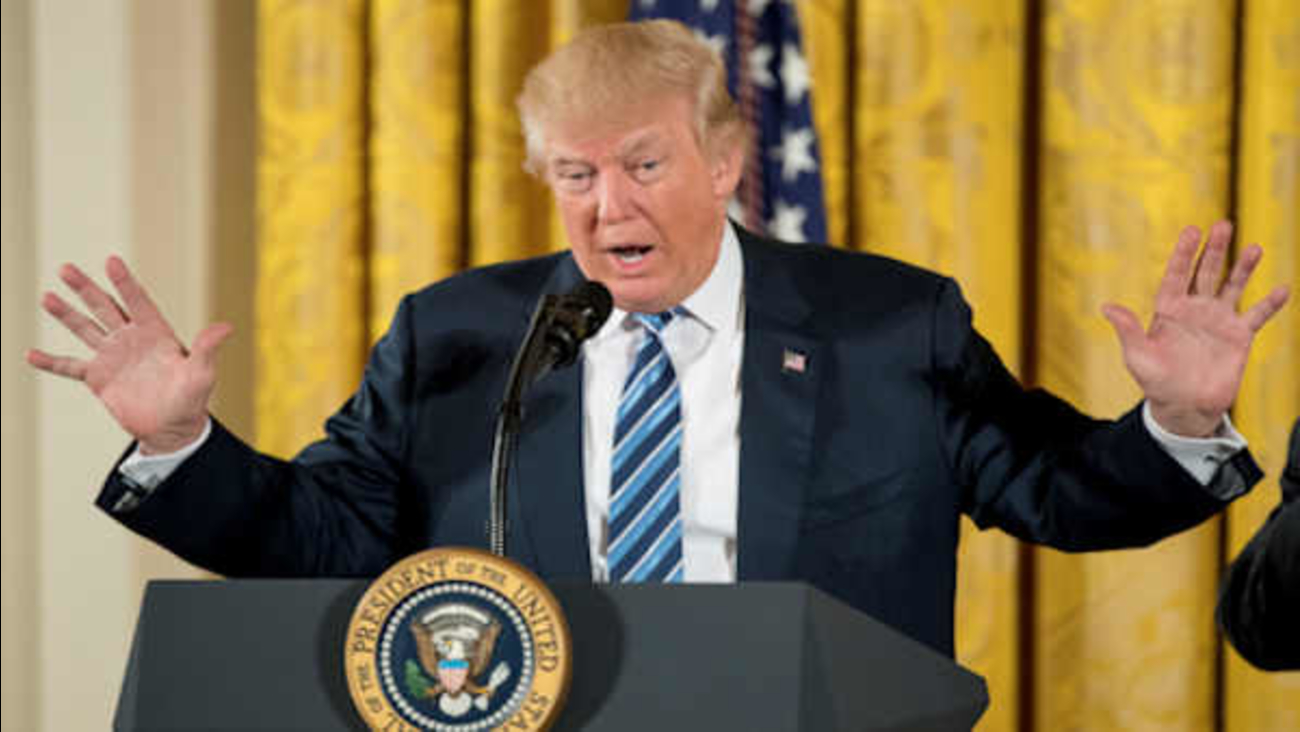 AP
AP
WASHINGTON -- President Donald Trump's immigration order is getting pushback from some Republicans in Congress, even as officials from Trump's administration insist it's a small price to pay to keep the nation safe.

Sen. Rob Portman, R-Ohio, said Sunday that it would be best for the new president to "slow down" and work with lawmakers on how best to tighten screening for foreigners who enter the United States.

Portman said everyone should "take a deep breath and come up with something that makes sense for our national security" and reflects the fact that "'America's always been a welcoming home for refugees and immigrants." He said America is "this beacon of hope and opportunity for the rest of the world" and should remain that way.

The comments came the morning after a federal judge issued an emergency order temporarily barring the U.S. from deporting people from seven majority Muslim nations subject to Trump's travel ban. The judge said travelers who had been detained had a strong argument that their legal rights had been violated.

The Department of Homeland Security issued a statement early Sunday that said the court ruling would not affect the overall implementation of the White House order and it affected a relatively small number of travelers who were inconvenienced by security procedures upon their return. Trump's aides insist the judgment has little impact.

Trump's order, which also suspends the U.S. refugee program for 120 days and bars the entry of Syrian refugees indefinitely, has sparked major protests, including at several of the nation's international airports. It also puts Republicans who criticized Trump's initial campaign proposal to block foreign Muslims from entering the country in a tough spot.

Senate Majority Leader Mitch McConnell, R-Ky., said he supports more stringent screening mechanisms, but cautioned that Muslims are some of the country's "best sources in the war against terror."

"I think it's a good idea to tighten the vetting process But I also think it's important to remember that some of our best sources in the war against radical Islamic terrorism are Muslims, both in this country and overseas," he said.

He stressed the need "to be careful as we do this," and said it would be up to the courts to decide "whether or not this has gone too far."

Trump, meanwhile, took to Twitter to defend his actions, and his aides insisted the new measures were a small price to pay to keep the nation safe.

"Our country needs strong borders and extreme vetting, NOW," Trump wrote. "Look what is happening all over Europe and, indeed, the world - a horrible mess!"

The emergency order was issued by U.S. District Judge Ann Donnelly in New York on Saturday night after lawyers for the American Civil Liberties Union filed a court petition on behalf of people from the seven predominantly Muslim nations who were detained at airports across the country as the ban took effect.

It was unclear how quickly the judge's order might affect people in detention, or whether it would allow others to resume flying.

"Realistically, we don't even know if people are going to be allowed onto the planes," ACLU lawyer Lee Gelernt said. "This order would protect people who they allow to come here and reach U.S. soil."

Trump billed his sweeping executive order as a necessary step to stop "radical Islamic terrorists" from coming to the U.S. It included a 90-day ban on travel to the U.S. by citizens of Iraq, Syria, Iran, Sudan, Libya, Somalia or Yemen and a 120-day suspension of the U.S. refugee program.

The directive did not do anything to prevent attacks from homegrown extremists who were already in America, a primary concern of federal law enforcement officials. It also omitted Saudi Arabia, home to most of the Sept. 11 hijackers.

Trump is scheduled to speak Sunday with King Salman of Saudi Arabia and with the crown prince of the United Arab Emirates, Sheikh Mohammed bin Zayed Al Nahyan.

Portman was on CNN's "State of the Union," while McConnell appeared on ABC's "This Week."
Related topics:
politicspoliticspresident donald trumpimmigration
Copyright © 2020 by The Associated Press. All Rights Reserved.
More Videos
From CNN Newsource affiliates
TOP STORIES