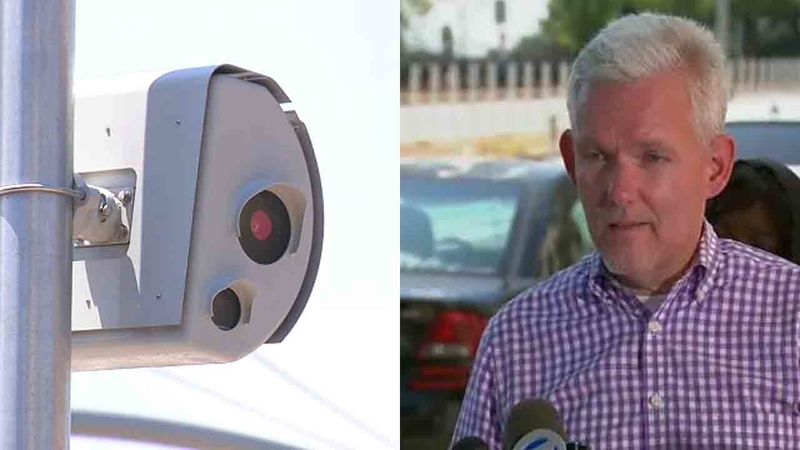 WOODSIDE, Queens (WABC) -- The outcry over the lapse of the speed camera program in New York City moved to Queens on Thursday afternoon.

It is part of a continuing push in communities across the city to reinstate and expand the city's speed safety camera program after it expired in July. The state senate adjourned for the summer without renewing it.

The dean of Razi School said before speed cameras were installed, accidents were frequent and students were injured. Calls for the program's return have increased over the last several weeks, as the first day of classes near.

Parents with children who have to cross Queens Boulevard were at the forefront of Thursday's outcry. Crossing the boulevard involves navigating eight lanes of traffic and two bike lanes.

Hsi-Pei Liao lost his 3-year-old daughter in 2013 when she was killed while crossing a Queens street with her grandmother. His son and other children stood outside the school with radar guns to clock drivers that were going way over the speed limit.

"This is our home, our back yard. But many drivers treat the streets we live and walk and bike as if it's a highway," Liao said.

The roadblock to reinstating the speed camera program stems from political gridlock in Albany.

"It is dangerous and children can die because of it. We know that speeding has been reduced 63 percent where speed cameras were present," NYC Councilmember Jimmy Van Bramer said.

The renewal legislation has already passed the Democrat-controlled state Assembly.