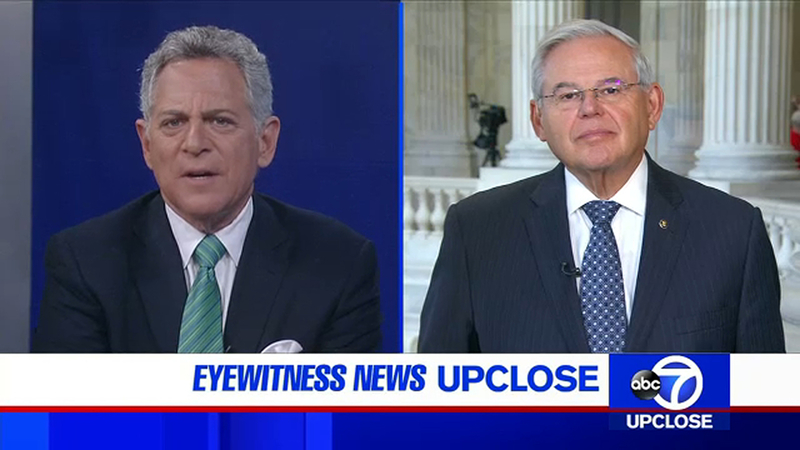 NEW YORK (WABC) -- President Donald Trump officially launches his re-election campaign Tuesday, this while blasting Democrats in Congress for investigating him, and blocking their efforts to get Trump Administration documents.

So what should Democrats do now? Is impeachment the answer? And will anything really get done in Washington between now and next year's presidential election.

Internal polls reportedly show the president is in a bit of trouble, but he insists it's not true, and that his internal poll numbers are better than ever.

Watching it all closely and trying to legislate in the meantime is one of our guests this week, Democratic U.S. Senator Bob Menendez of New Jersey.

Also with us this week is ABC's Dan Harris.

He suffered a panic attack on national television, and then wrote a New York Times bestseller on what he did about it, called '10% Happier'.

Now he has a new book and a change in his career, all designed to make himself and his family happier.
EMBED More News Videos