Analysts assess the winners and losers after latest GOP debate 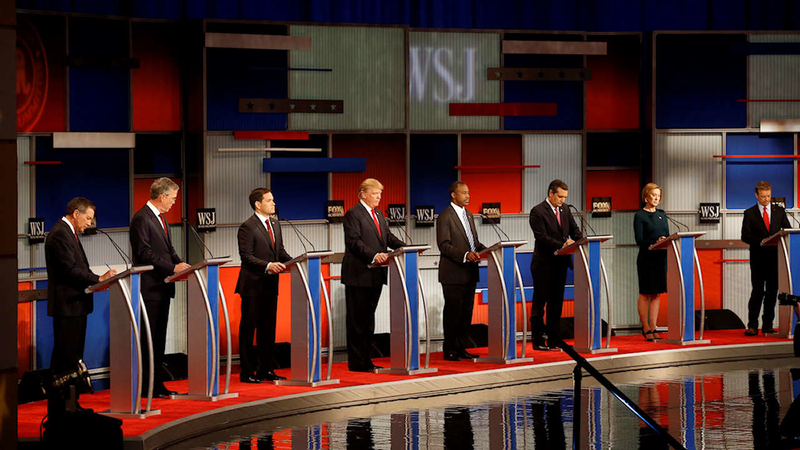 4th GOP debate, who stood out

NEW YORK (WABC) -- A day after the fourth Republican presidential debate in Milwaukee, the candidates campaigned in early voting states and faced questions about their debate performances.

This debate was not as feisty nor as controversial as past Republican debates. Most analysts are saying Marco Rubio and Ted Cruz did well Tuesday night, and not much changed with the other candidates.

That helps the frontrunners, Donald Trump and Ben Carson. It hurts Jeb Bush, whose campaign is in trouble. And Governor Chris Christie made his mark in the undercard debate.

On the day after, Donald Trump was in Iowa for breakfast, saying he feels good about his campaign.

"We started out with 17 and one by one they're disappearing, disappearing. It's a beautiful thing to watch while they go out," Trump said.

There were some fireworks in this debate, such as a clash on immmigration.

"We all know you can't pick them up and ship them back across the border," said John Kasich.

"I don't have to hear from this man, believe me," Trump responded. "They're doing high fives in the Clinton campaign when they hear this," Bush said.

But Bush may have suffered the most from this debate. He needed a breakout moment, and it didn't happen.

At one point, Carson said "Thank you for not asking me about what I said in the 10th grade."

There were also some funny moments. "Why does she keep interrupting everybody?," Trump said of Carly Fiorina.

But oddly, Rubio, whose campaign is now surging, wasn't attacked much. And a day later on Good Morning America, he outlined his middle of the road immigration position.

"You'd have to pass a background check, learn English, pay a fine, start paying taxes and you get a work permit. And that's all you'll have for at least 10 years," said Rubio.

And Governor Christie was in New Hampshire Wednesday, also pleased about Tuesday night. He wasn't in the main debate because his polling numbers are so bad, but he did well in what's called the undercard debate, with minor candidates.

"I felt like I do what I always do. I come out I speak my mind. I mean what I say. I say what I mean and I keep my eye on the ball which is winning the election next November," said Christie.

The next Republican debate is in about five weeks, and we may see the field get even smaller. A couple of months ago, there were 17 candidates In Tuesday night's debate, only eight were on the stage.

There's also been a lot of criticism of the media in recent debates, but not this one. Trump even called the debate, "elegant".