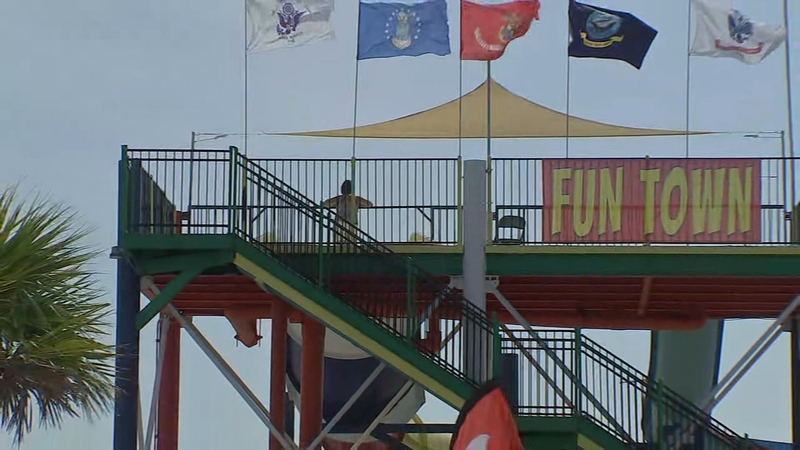 Teen injured after being sucked into pool drain

CRYSTAL BEACH, Texas -- A teen is fighting for his life after he was sucked inside a drain at a water park in Texas.

Tragedy struck inside the Fun Town Water Park on Saturday. It was at the Crystal Beach location where the sheriff's office says a teen got sucked inside a drain.

"From my understanding, it might have been on a dare," Galveston County Sheriff Henry Troschessett explained. "He's a large, 14-year-old, my size, 5'11," and he picked it up, and when he did that, he slipped into the intake."

An employee shut the pipes off, but it was too late. The sheriff's office says the teen was able to escape, but he suffered serious internal injuries and was rushed to the hospital.

"Sad, tragic situation for the family," Troschessett said. "I hope he's doing well. Prayers are going to be needed."

Port Bolivar is doing more than prayers. The teen's father is a volunteer firefighter.

Since the ordeal, a vigil took place, with another being planned. A fundraiser is also scheduled Saturday at High Island High School.

Fun Town's owner told Eyewitness News his heart goes out to the family but they couldn't comment.

The sheriff's office said they're still investigating and taking a hard look at the grate.

"Is there a way to put a lock on it, or some kind of device that screws it down so somebody is not able just to pick it up so easily," Troschessett said.

Since the victim is a minor, the sheriff's office didn't release his name.