Crews respond to fire with report of house explosion in Brooklyn 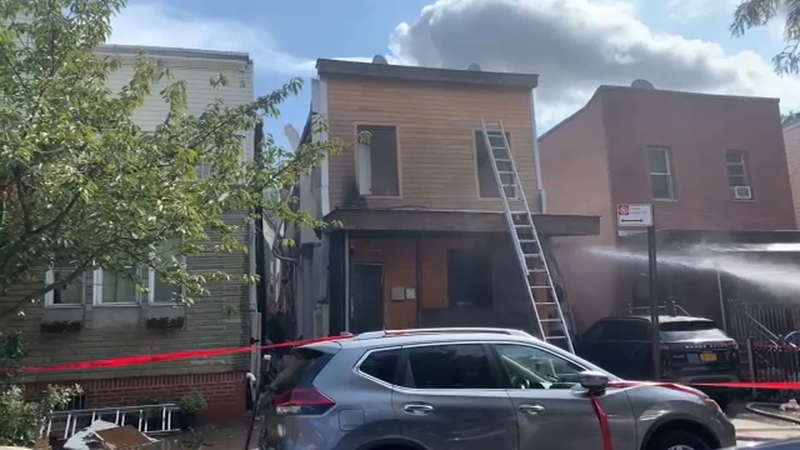 Crews respond to fire with report of house explosion in Brooklyn

KENSINGTON, Brooklyn (WABC) -- Crews responded to a house fire with reports of an explosion in Brooklyn on Monday afternoon.

The incident was reported at 820 Friel Place in Kensington just before 1:30 p.m.

The fire was reported on the first floor of the two-story home. It is not yet clear if there was an actual explosion or not, but several callers reported hearing an explosion.

"It was super loud and the house shook and things were falling down in my house so I thought it was a gas explosion," one neighbor said.

The daughter of homeowner said that unspecified "maintenance work" was being performed in the basement at the time of the blast.

Three people were rushed to nearby hospitals with burns, including a worker doing painting in the building's basement at the time of the blast.

The cause of the blast is not yet clear, but investigators all but ruled out a gas explosion because the gas lines had apparently been turned off before the incident.

The home will have to be demolished and it's possible so will a house next door.

Several tenants were nervously awaiting word from city building inspectors, but authorities are hopeful that the adjoining homes will be structurally sound.