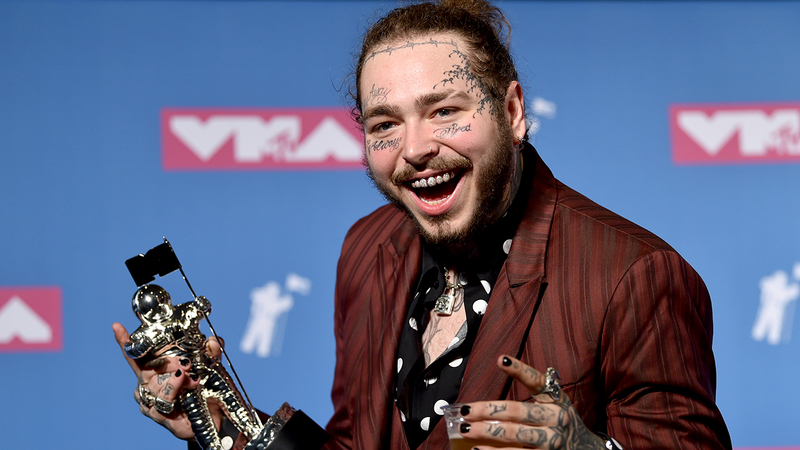 WEST HOLLYWOOD, California (WABC) -- Two weeks after a scare on a private plane from New Jersey to London, rapper Post Malone was involved in a two-vehicle crash early Friday morning in West Hollywood.

No one was injured in the collision, which was reported about 2:42 a.m. at the intersection of Doheny Drive and Santa Monica Boulevard, according to a spokesperson for the Beverly Hills Police Department.

After the initial impact occurred within the West Hollywood city limits, authorities say the white Rolls Royce continued on and struck a fence and some shrubs in Beverly Hills proper.

god must hate me lol

No injuries were reported, the police spokesperson said, adding that alcohol was not a factor in the incident.

Two weeks ago, a plane carrying Post Malone and 15 others made an emergency landing at Stewart International Airport in New York after blowing two tires during takeoff at Teterboro Airport.

The pilot circled the airport for about 30 minutes before the jet was diverted, flying over Connecticut for the next few hours to burn fuel before landing at Stewart. The plane originally was to attempt an emergency landing at Westfield-Barnes Regional Airport in Massachusetts, airport manager Eric Billowitz said.

"Oh, my God, I hate flying in general," he told the celebrity website TMZ on Facetime. "I don't even know what to say, man. I'm shook. There was one hell of a team on that aircraft, and we're here, we're here on earth, and I need a beer, and I need some wine, at the same time, mixed together."

Post Malone had performed at the MTV Video Music Awards the previous night.