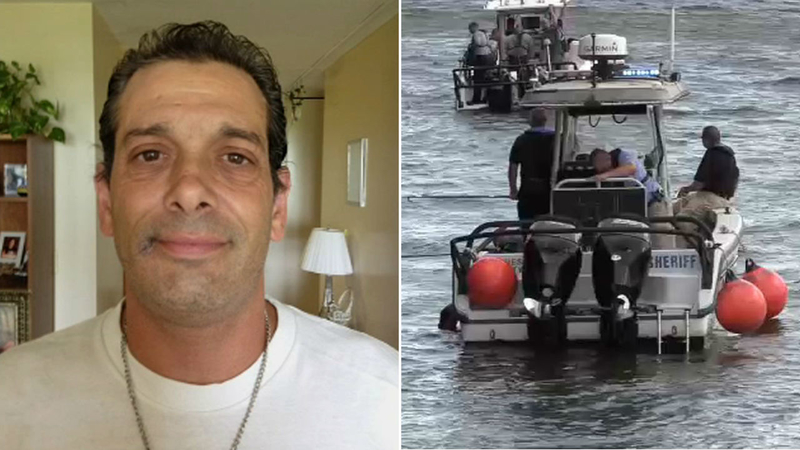 POUGHKEEPSIE, New York (WABC) -- The search resumed Wednesday for a man who disappeared in the Hudson River in upstate New York.

Poughkeepsie police said they received a call of two swimmers in distress near Waryas Park in Poughkeepsie around noon Tuesday.

A 48-year-old man identified by police as Paul Moschitta was on shore when he saw a swimmer struggling against a strong current.

Authorities said Moschitta jumped in to help the distressed swimmer but ended up going under water himself.

The city fire department said firefighter Kenneth Deichler was able to pull one swimmer from the water, but Moschitta could not be found.

The rescued swimmer who was pulled from the water was described as being conscious and alert, and is expected to recover.

Four other swimmers were able to get out of the water safely on their own.

"I heard some screaming, a lot of people running over there," said David Reyes, who was in Waryas Park Tuesday and witnessed the chaos, hearing the frantic cries.

"They were drinking, and they went out I guess a little too far and underestimated the water, and that's what happened," said Reyes.

The search for Moschitta was suspended at 7:30 p.m. Tuesday, and it resumed Wednesday morning.

State, Dutchess and Ulster county officers have continued to search for him on the Hudson River in boats.

According to a friend, Moschitta was homeless. Residents said it isn't uncommon for the homeless to clean up in the river.

There is a path leading to the water's edge near the pier with clothing still visible Wednesday.

According to a friend, the victim was a heavy drinker and had been living on the streets.

"It's sad that they would drink and they weren't kids, they were grown men, they should know. It's messed up," said Reyes.

"We are remaining optimistic and hope that he is found alive," an official at the scene said. "We're going to continue to assess the situation. We have multiple resources deployed right now."