Pregnant woman, baby killed after being hit by truck in Chicago

WLS
By Jessica D'Onofrio
CHICAGO -- A pregnant woman and her baby died after being hit by a flatbed truck in Chicago Tuesday.

Police said the pregnant victim was crossing the street when the truck made a turn and struck her.

She was taken to the hospital, where she was pronounced dead. She was identified as 29-year-old Elizabeth Boshardy, of Chicago.

Doctors delivered her baby and tried to save the baby's life, but sadly, the baby died.

"There were a couple of people that were telling the truck driver not to move, not to back up, not to do anything," said witness Brandon Beymer. "You hear all of this commotion, you look outside and then a couple hours later you see that someone lost their life. It's just kind of hard to process."

Witness Trevor Reise said that intersection can be dangerous for people simply trying to cross the street.

"It's nonstop busy and, ya know, people got to be really careful crossing and watching out too," he said. "But obviously mainly the drivers got to watch first."

Meanwhile, detectives meticulously examined the scene, and the driver of the truck has been cited for failing to yield to a pedestrian. 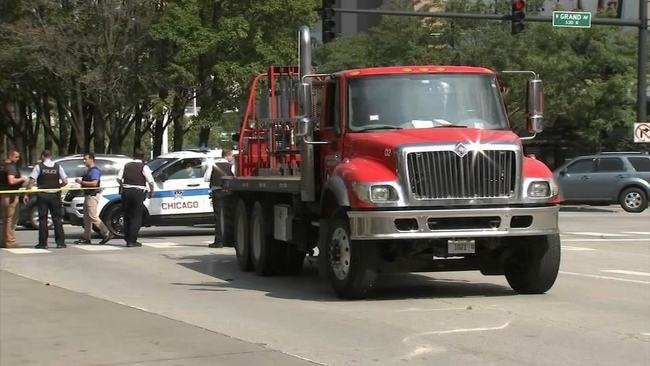