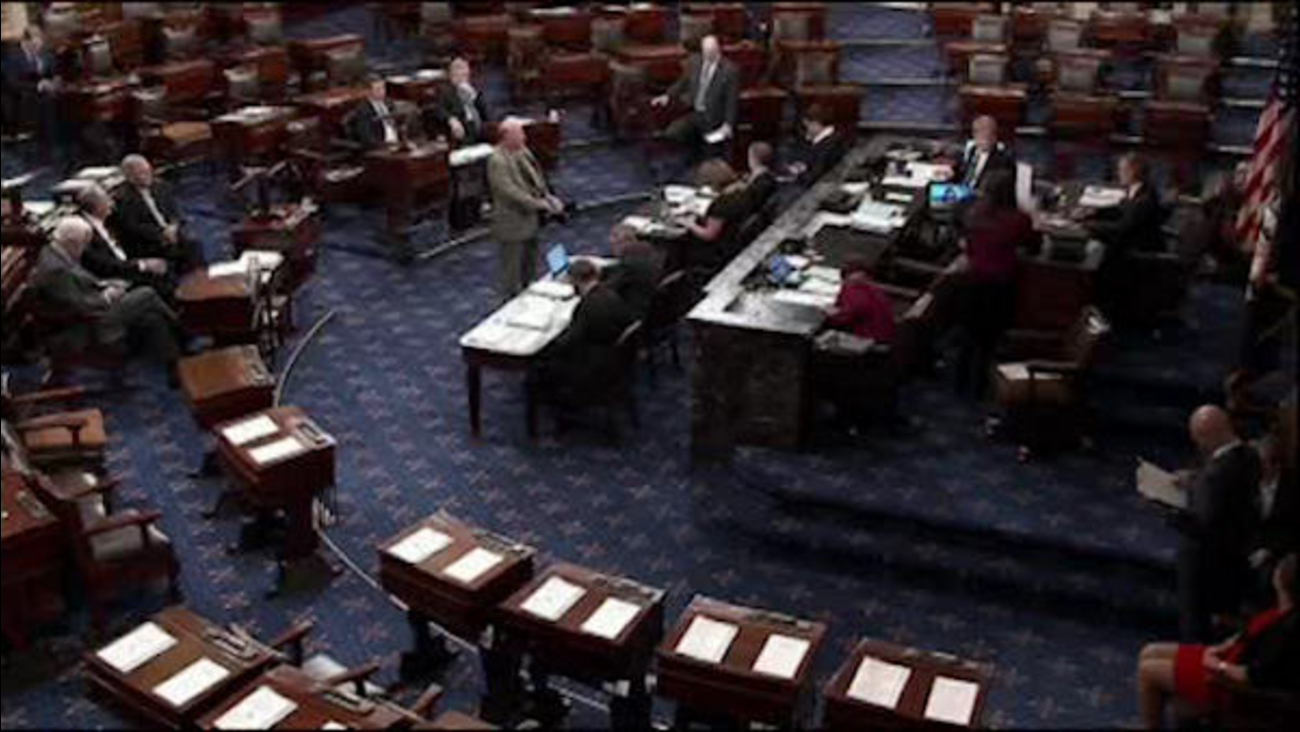 WASHINGTON -- Having dodged the immediate threat of a government shutdown, congressional Republican leaders are looking ahead to talks with President Barack Obama on a long-term budget pact.

Senate Majority Leader Mitch McConnell, R-Ky., said Tuesday that he and House Speaker John Boehner spoke with Obama recently and that he expects talks to get underway soon.

"The president and Speaker Boehner and I spoke about getting started on the discussions last week, and I would expect them to start very soon," McConnell told reporters.

At issue are efforts to increase the operating budgets for both the Pentagon and domestic agencies still under automatic spending curbs that would effectively freeze their budgets at current levels. Republicans are leading the drive to boost defense while Obama is demanding equal relief for domestic programs.

The conversation between McConnell, Boehner and Obama took place earlier this month - before Boehner announced he was stepping down under pressure from tea party conservatives. Many of those same lawmakers want to preserve stringent "caps" on the spending bills Congress passes every year, and Senate Republicans are generally more eager to revisit the 2011 budget deal that put them in place.

Boehner's surprise resignation announcement on Friday followed unrest by arch conservatives in his conference who wanted to use the pending stopgap spending bill to try to force Democrats and Obama to take federal funding away from Planned Parenthood.

Instead, Boehner and McConnell opted for a bipartisan measure that steers clear of the furor over Planned Parenthood and avoids the risk of a partial government shutdown - over the opposition of the most hardline conservative Republicans.

Wednesday's scheduled vote comes after a 77-19 tally on Monday easily beat a token filibuster threat. The House also is expected to approve the bill - stripped of a tea party-backed measure to take taxpayer funding away from Planned Parenthood - before Wednesday's midnight deadline.

McConnell is under fire from tea party conservatives who demand that he fight harder against Planned Parenthood, even at the risk of a government shutdown. But McConnell is focused on protecting his 2016 re-election class.

One of the Republicans' presidential aspirants, Sen. Rand Paul of Kentucky, on Tuesday endorsed a partial government shutdown as a way to gain leverage over Obama.

"Why don't we start out with the negotiating position that we defund everything that's objectionable, all the wasteful spending, all the duplicative spending, let's defund it all and if there has to be negotiation, let's start from defunding it all and see where we get," Paul said in a Senate speech.

Last week, Democrats led a filibuster of a Senate stopgap measure that would have blocked money to Planned Parenthood. Eight Republicans did not support that measure, leaving it short of a simple majority, much less the 60 votes required to overcome the filibuster.

"This bill hardly represents my preferred method for funding the government, but it's now the most viable way forward after Democrats' extreme actions forced our country into this situation," McConnell said Tuesday of the stopgap.

Republicans have targeted Planned Parenthood for years, but secretly recorded videos that raised questions about the organization's handling of fetal tissue provided to scientific researchers have outraged anti-abortion Republicans and put them on the offensive against the group. The group says it is doing nothing wrong and isn't violating a federal law against profiting from such practices.

Sen. Ted Cruz, R-Texas, who hopes to be his party's presidential nominee, took to the Senate floor after the vote Monday to denounce the Republican leadership. Cruz is using his rivalry with GOP leaders like McConnell and Boehner, R-Ohio, as a way to define himself for conservative voters who dominate the GOP presidential primary electorate.

"You want to understand the volcanic frustration with Washington? It's that the Republican leadership in both houses will not fight for a single priority that we promised the voters we would fight for when we were campaigning less than a year ago," Cruz said.

Asked about the criticism, McConnell demurred. "I try very hard to stay out of the presidential race," he said.

The White House weighed in Monday with a statement endorsing the stopgap measure since it would allow "critical government functions to operate without interruption, providing a short-term bridge to give the Congress time to pass a budget for the remainder of the fiscal year."