President Trump says he has signed a "strong" executive order to protect monuments, memorials and statues 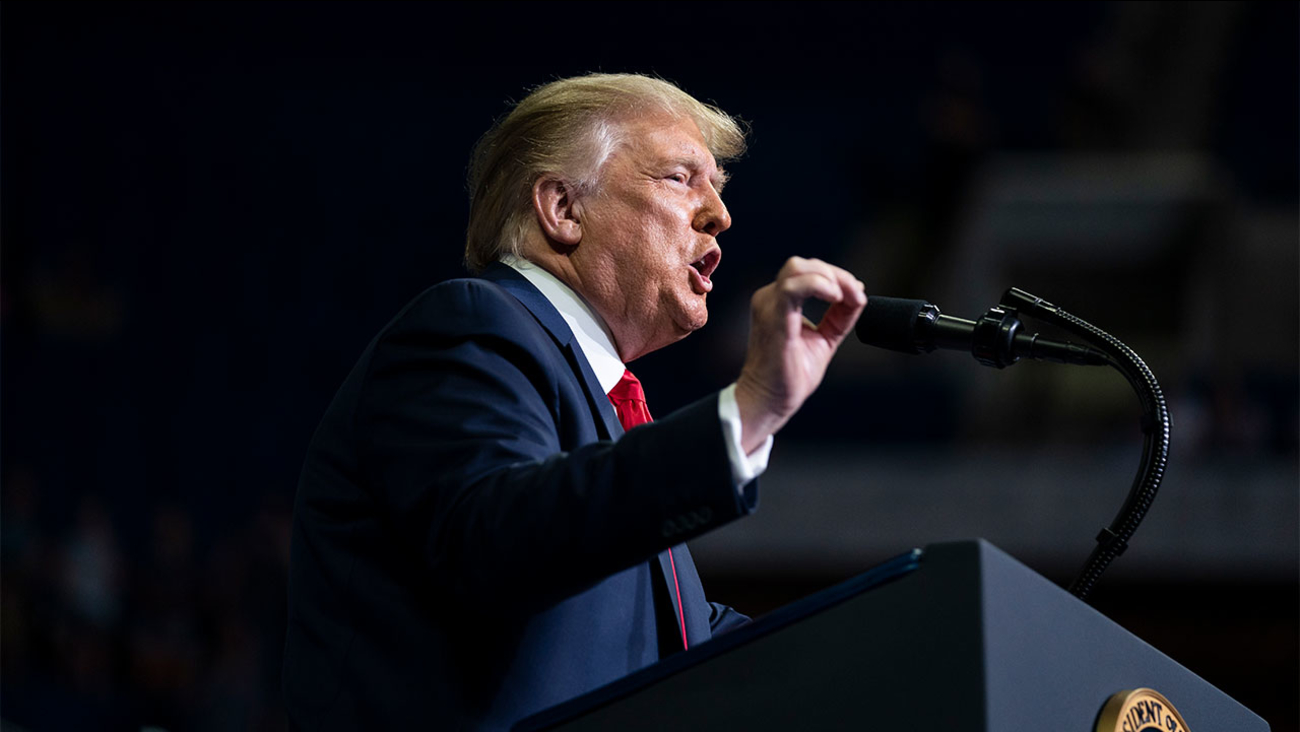 WASHINGTON -- President Donald Trump used Twitter on Friday to call for the arrest of protesters involved in this week's attempt to pull down the statue of Andrew Jackson from a park directly in front of the White House. He also tweeted that he had signed an executive order to protect monuments, memorials and statues.

Trump retweeted an FBI wanted poster showing pictures of 15 protesters who are wanted for "vandalization of federal property."

He wrote, "MANY people in custody, with many others being sought for Vandalization of Federal Property in Lafayette Park. 10 year prison sentences!"

Trump later Friday announced his executive order, which he had promised earlier in the week. He described it as "strong" but did not immediately release the text. He also said on Twitter that he had scrapped plans to spend the weekend at his central New Jersey home to stay in Washington "to make sure LAW & ORDER is enforced."

I just had the privilege of signing a very strong Executive Order protecting American Monuments, Memorials, and Statues - and combatting recent Criminal Violence. Long prison terms for these lawless acts against our Great Country!

"These arsonists, anarchists, looters, and agitators have been largely stopped," Trump tweeted. "I am doing what is necessary to keep our communities safe - and these people will be brought to Justice!"

Protesters on Monday night attempted to drag the statue down with ropes and chains. Police repelled the protesters and sealed off Lafayette Park, which had been reopened to the public for more than a week after protests against the death of George Floyd at police hands in Minnesota. On Tuesday, police cleared out the entire area around the corner of 16th and H streets - and pushed demonstrators away from the intersection, which had recently been renamed Black Lives Matter Plaza by the city.

Statistics released by the Metropolitan Police Department show that nine people were arrested Tuesday night and a total of 12 arrested between Monday and Wednesday. There were no protest-related arrests on Thursday, according to the MPD data.

Demonstrators have grown increasingly emboldened about targeting statues deemed offensive or inappropriate. Last week on June 19, or Juneteenth, the day marking the end of slavery in the United States, cheering crowds pulled down a statue of former Confederate general Albert Pike. The statue stood on federal land and had withstood previous attempts by the Washington, D.C., government to remove it. According to participants, police officers were on the scene but did not attempt to interfere.

The targeting of the statues has become a rallying cry for Trump and other conservatives. Immediately after the Pike statute was toppled and set ablaze, Trump called the incident a "disgrace to our Country!" on Twitter.

On Tuesday he tweeted, "I have authorized the Federal Government to arrest anyone who vandalizes or destroys any monument, statue or other such Federal property in the U.S. with up to 10 years in prison, per the Veteran's Memorial Preservation Act, or such other laws that may be pertinent."
Report a correction or typo
Related topics:
societywashington d.c.executive orderconfederate monumentpresident donald trumpconfederacy
Copyright © 2020 by The Associated Press. All Rights Reserved.
More Videos
From CNN Newsource affiliates
TOP STORIES