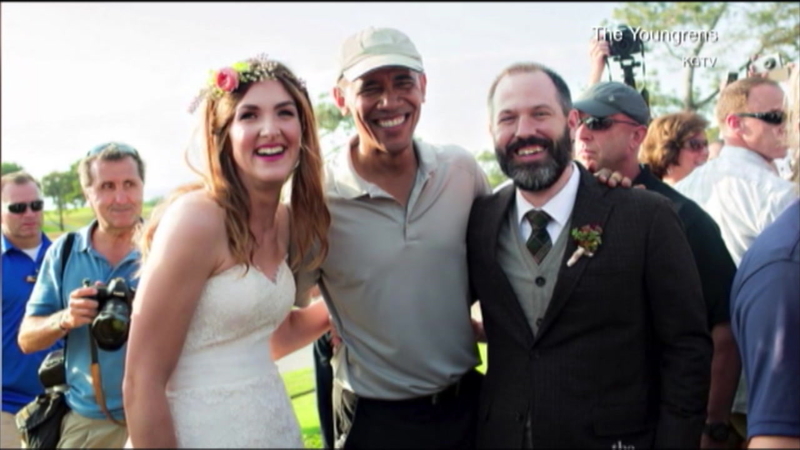 Move over Owen Wilson and Vince Vaughn; it looks like President Barack Obama is the ultimate wedding crasher.

Soon-to-be-wed couple Stephanie and Brian knew that the commander in chief was in San Diego playing golf on Sunday, but the couple never thought he would be playing at Torrey Pines Golf Course where they were getting married. The couple lucked out though, and were able to meet and take pictures with Obama before he had to leave.

Brian and Stephanie knew that President Obama would be golfing in San Diego on Sunday, but they never thought it'd be at Torrey Pines Golf Course where they were getting married.

"Once we saw him coming up I just, I plastered myself against the window, because we had been forced inside, they weren't allowing us out on the balcony, and I was just hoping that they'd notice my wedding dress," Stephanie told ABC affiliate KGTV. 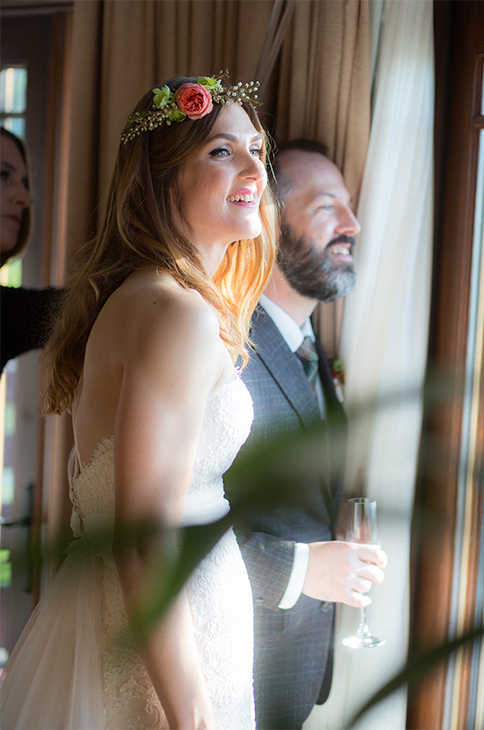 When Stephanie saw the president shaking hands with wedding guests, she decided to take her chance and run out and greet him with Brian running right behind her. They were able to make it down to greet Obama, who shared some kind and helpful words for the couple.

The president didn't stay for the wedding, but photographers Jeff and Erin Youngren captured some great images of the couple's serendipitous encounter with the commander in chief.