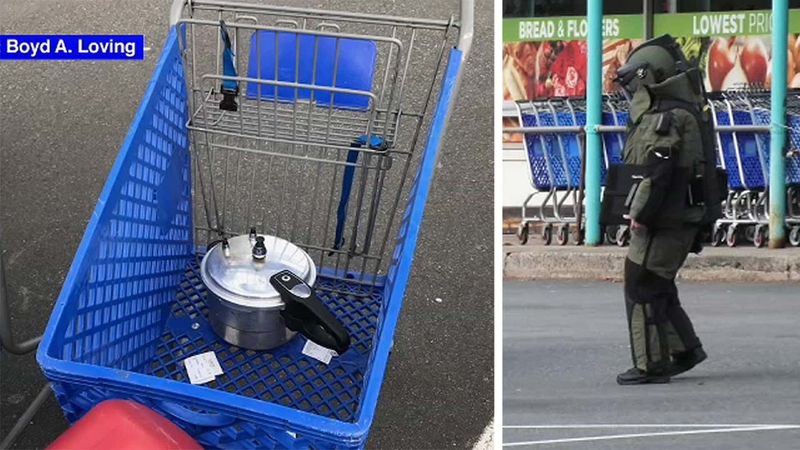 GLEN ROCK, New Jersey (WABC) -- Police are searching for the person who left a suspicious device near a New Jersey strip mall which triggered an evacuation.

Investigators say someone left a pressure cooker in a shopping cart outside the Rock Farmer's Market on Prospect Street in Glen Rock on Tuesday morning.

According to police, they received a call from a person who witnessed the suspicious item being left in the shopping cart.

As a result, authorities forced everyone to leave the store and an adjacent shopping mall while the Bergen County Sheriff Office's bomb squad investigated.

A bomb technician determined the pressure cooker posed no threat.

"In the 21st century a pressure cooker left unattended in any public place, even if due to carelessness, will no doubt cause public harm," Glen Rock Police Chief Dean Ackermann said.

Glen Rock police are reviewing video footage from the stores in an effort to find out who left the pressure cooker behind, but there is currently no evidence to support any criminal intent or a direct threat to any of the nearby stores.