A look back at each of Prince's #1 Billboard hit songs 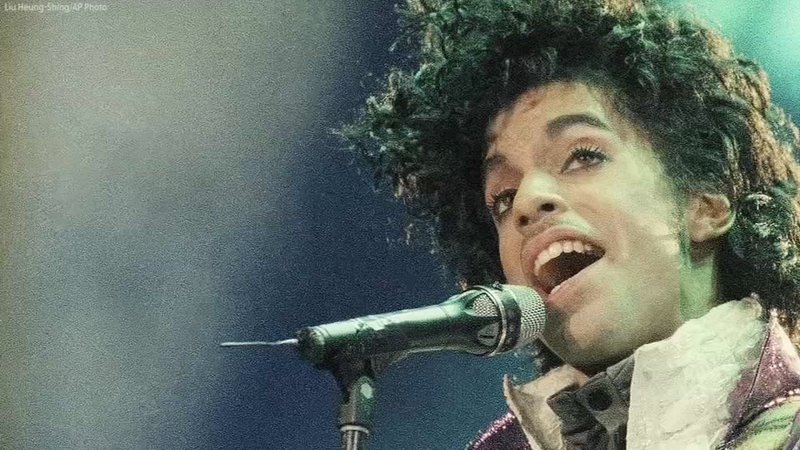 Prince's untimely death at the age of 57 brought an end to an incredible and diverse 38-year-long music career that never saw the artist running out of inspiration. With 39 studio albums full of hit songs, Prince claimed 47 spots in the Billboard Hot 100 list, including 19 in the top 10 and five hitting the coveted #1 spot.

Prince performs in Golden Valley, Minn., May 1, 1990 at a concert benefit for the family of his former bodyguard, who died four weeks prior.

"I've seen the future and it will be
BATMAN, BATMAN"

Prince ended the first decade of his career with a bang. In what would become his 11th album in just ten years, Prince wrote the hit soundtrack for the Tim Burton-directed summer blockbuster Batman (1989), with Batdance playing a key role in marketing the film. Paying homage to the original TV series theme song, Prince's pastiche of rock, funk and sound clips from the film made for one psychedelic thrill ride that peaked at #1 for a single week in 1989.

Prince sings "Thunder" with his band the New Power Generation as they kick off the world concert tour at the Tokyo Dome indoor arena in Japan, April 3, 1992.

"Do your dance
Why should you wait any longer?
Take a chance
It could only make you stronger"
By 1991, Prince had parted ways with The Revolution and signed The New Power Generation as his backup band for his 13th studio album. In what would become his last #1 hit, containing arguably his most explicitly sexual lyrics, Cream took the spot for two weeks in November, 1991.

While the album is often ranked among the best in music history, the title track took a #2 backseat to When Doves Cry and Let's Go Crazy. One of Prince's most popular songs, and a frequent concert staple, Let's Go Crazy took the top spot for two weeks in September 1984.

Following up the critically panned "Around the World in a Day" album, which saw his music styles begin to diversify, Prince's eighth studio album served as the soundtrack to his second film of the same name. The maturity-inspiring Kiss went on to become Prince's third #1 hit, despite his label not wanting to release it as a single, and stayed in the spot for two weeks in April 1986.

Prince performs at the Orange Bowl during his Purple Rain tour in Miami in 1985.

Possibly his most recognizable song of all time, When Doves Cry stood out amongst a list of standouts within "Purple Rain." At one point in 1984, Prince had the #1 album, single and film in the U.S. This was thanks in large part to the enormous success of When Doves Cry, his longest-running #1 hit with five weeks in the top spot during the summer of 1984.

In addition to his own illustrious career, Prince also help launch the careers of other well-known musicians including Morris Day and Sheila E.


PHOTOS: Prince Through The Years