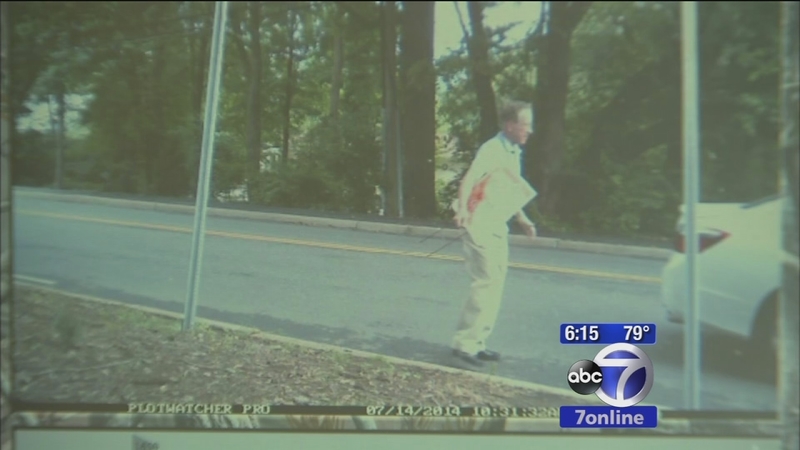 He's done work for the US Treasury and Defense departments, published dozens of scholarly papers and so this is not the kind of thing you'd ever see a Princeton UV professor doing, but the 67-year-old is now charged with theft.

The surveillance video was caught with cameras that Ted Horodynsky set up. 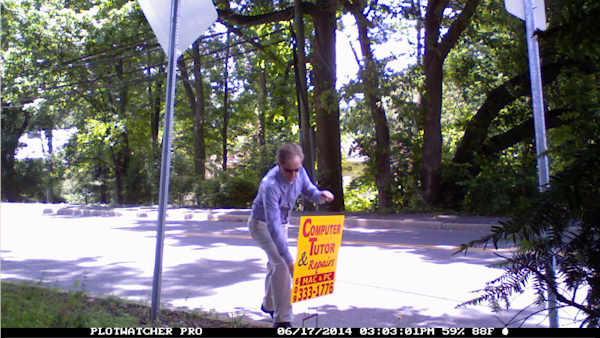 PHOTOS: Stolen lawn signs in Princeton
Surveillance photos of a man stealing lawn signs belonging to a computer repair business. Police have charged a Princeton University professor in the case.

Police say it shows John Mulvey stealing lawn signs that Ted had put up to promote his computer business.

The prominent professor allegedly stole 21 signs, worth more than $500.

Police found them inside the garage of Mulvey's sprawling mansion.

Ted says back in August, he unknowingly crossed paths with a man he believes was Mulvey, driving near campus.

Ted says the suspect cut him off but no words were exchanged.

Then, Ted got an ominous voice mail from a blocked caller.

"Anytime I see an advertisement, whether it be at a supermarket or on a roadway, I will remove and destroy them," Horodynsky said the caller said.

So, Ted set up cameras.

"This past Sunday, I suppose he was brazen enough to pull his vehicle right into the field of view and then we were able to discern the license plate," Horodynsky said.

A picture, from Princeton's website, shows clearly better times for Mulvey, who reportedly said he wasn't stealing anything, rather, picking up debris, adding some people don't like the signs and had thrown them in the woods.

Ted doesn't want Mulvey to lose his job, but just hopes he gets help.