Princeton students help save bus driver after crash in Connecticut 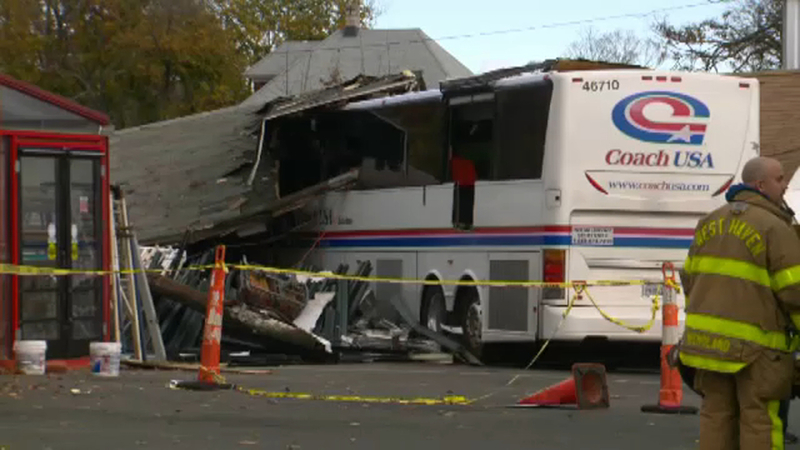 Princeton students help save bus driver after crash in Connecticut

WEST HAVEN, Connecticut (WABC) -- College students helped save a bus driver after the bus crashed into a garage in Connecticut over the weekend.

The bus was carrying 36 Princeton University students to a college football game at Yale on Saturday morning, when it crashed in West Haven.

Student Bryant So says he was covered in glass and frightened, but he and his friend jumped into action to help the bus driver who was pinned inside.

"The bus driver was completely covered in debris and so my first reaction was, I honestly thought he was dead," said So. "He kind of gave out a little yell. We lifted the debris off so the fire department could arrive so that he could breathe."

The driver went to the hospital along with four students who had minor injuries.

The students who weren't injured were put on another bus to the game.