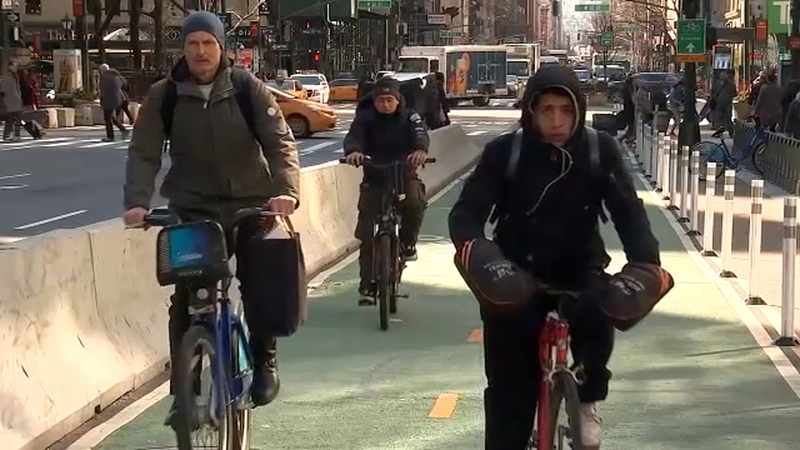 NEW YORK CITY (WABC) -- New York City met its goal of building at least 20 miles of protected bike lanes in 2019, and the city is on its way toward reaching its goal of 30 miles this year.

In 2020, Manhattan will see its largest-ever single-year addition of protected bike lanes, including along 6th Avenue, extending the existing uptown lane from Herald Square to Central Park.

"We are now today showing off the 6th Avenue bike lane that is going to go all the way up to Central Park," New York City Department of Transportation Commissioner Polly Trottenberg said. "It's really taking folks through the densest part of the city where we've heard so clearly from the cycling community they want more protected infrastructure."

As part of the initiative, traffic-calming turn treatments will also be installed at the 50 most dangerous intersections for cyclists by the end of 2020, and DOT will increase protection on existing protected bike lanes.

Nearly 800,000 New Yorkers ride a bike regularly, according to the DOT. It is estimated that over 490,000 cycling trips are made each day in New York City.

Authorities say 29 people died while riding bikes in the city in 2019.