Protesters in Manhattan demand rollback in price of Epipen 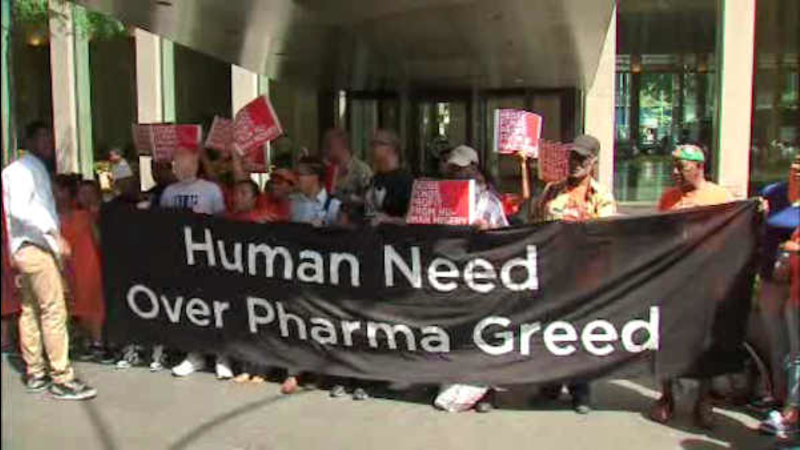 Protest over skyrocketing cost of EpiPen

MIDTOWN, Manhattan (WABC) -- The controversy over the cost of the potentially life saving drug Epipen is growing.

On Monday drugmaker Mylan announced it will offer a generic version of its allergy treatment.

This as dozens of people protested in Manhattan Tuesday, demanding a rollback in prices.

The small but vocal group of protesters channeled their anger over the recent Epipen price hike into a demonstration outside the Midtown offices of hedge fund manager John Paulson, reportedly one of the biggest investors in Mylan, the company that makes Epipen.

"The business community is holding our children hostage because you either pay or die," said school nurse Pat Gunter.

Critics have accused Mylan of price-gouging as they've watched the cost of the emergency allergy shots rise some 500 percent over the last nine years.

And many say the drugmaker's announcement this week that it will begin selling a cheaper, generic version of the Epipen doesn't go far enough.

"They kept the control in their hands," said Epipen user Timothy Lunsford. "They did not open the generic production up to other pharmaceuticals that could make the same Epipen and make it cheaper."

But even the lower cost generic Epipen is out of reach for him.