Protests shift to memorializing George Floyd amid push for change

AP
By Sudhin Thanawala and Brian Mahoney
ATLANTA -- The tenor of the protests set off by the death of George Floyd at the hands of police has taken a turn from the explosive anger that has fueled the setting of fires, breaking of windows and other violence to a quiet, yet more forceful, grassroots call for more to be done to address racial injustice.

Many of the protests were more subdued for a second night as marches Thursday turned into memorials for Floyd, who was the focus of a heartfelt tribute Thursday in Minneapolis that drew family members, celebrities, politicians and civil rights advocates. At his service, strong calls were made for meaningful changes in policing and the criminal justice system.

At demonstration sites around the country, protesters said the quieter mood is the result of several factors: the new and upgraded criminal charges against the police officers involved in Floyd's arrest; a more conciliatory approach by police who have marched with them or taken a knee to recognize their message; and the realization that the burst of rage after Floyd's death is not sustainable.

"Personally, I think you can't riot everyday for almost a week," said Costa Smith, 26, who was protesting in downtown Atlanta.

Despite the shift in tone, protesters have shown no sign that they are going away and, if anything, are emboldened to stay on the streets to push for police reforms.

In New York City, Miguel Fernandes said there were "a lot more nights to go" of marching because protesters hadn't got what they wanted. And Floyd's brother Terrence appeared in Brooklyn to carry on the fight for change, declaring "power to the people, all of us."

At the first in a series of memorials for Floyd, The Rev. Al Sharpton urged those gathered Thursday "to stand up in George's name and say, 'Get your knee off our necks!'" Those at the Minneapolis tribute stood in silence for 8 minutes, 46 seconds - the amount of time Floyd was alleged to be on the ground under the control of police.

Floyd's golden casket was covered in red roses, and an image was projected above the pulpit of a mural of Floyd painted at the street corner where he was arrested by police on suspicion of passing a counterfeit $20 bill at a convenience store. The message on the mural: "I can breathe now."

Sharpton vowed that this will become a movement to "change the whole system of justice." 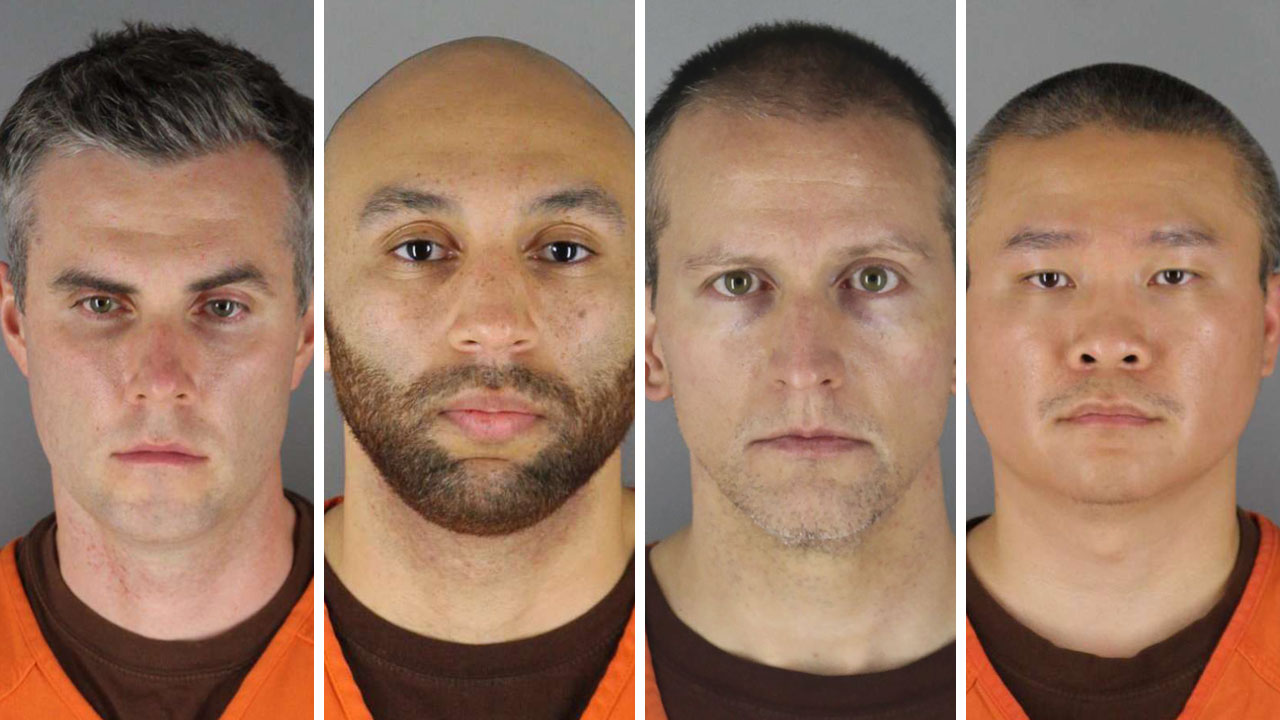 As the protests have taken root over the past week, they have become communities unto themselves.

In New York, where residents have been stuck at home for nearly three months because of the coronavirus pandemic, residents who can't go to a restaurant are happy to be able to go a protest. People bring their dogs and share snacks and water bottles. They have been heartened by police who have joined them.

"It's great to be alive, it's history right now," said protester Kenyata Taylor.

In Atlanta, protester Nate Saint carried a sign that encouraged people to vote. He attributed the reduction in violence in part to police.

"Cops are recognizing that the more passive they become, the more receptive, the more they listen, the less the protesters are going to react," he said.

A group of protesters stood near a line of police and National Guard troops. Some cursed officers. Others were seen talking to the officers. It was a different scene from last Friday, when the city experienced widespread vandalism and looting following a peaceful demonstration.

Protester Hilliard Jones, 24, sat on a barricade in downtown Atlanta near police. He's been attending the protests for nearly a week. The violence early on reflected centuries of injustice against blacks, he said.

"If you've been oppressed like we have for so long, eventually it's going to explode," Jones said.

There were still skirmishes in the Bronx and elsewhere. In Buffalo, a police commissioner suspended two officers after video from WBFO showed a man being shoved after walking up to police as they were enforcing a curfew Thursday night. The man appeared to hit his head on the pavement and blood leaked out as officers walk past. The man was hospitalized.

But in Texas, protesters cheered as Fort Worth officers joined the front of a march. Police in Austin also walked with dozens of members of the University of Texas football team as they made their way from campus to the state Capitol to honor Floyd's memory. Once there, the group and police officers took a knee for nine minutes.

"This protest won't just stop here," junior safety Caden Sterns said. "To the white community ... if you want change like you say you do, you must change. What I mean is, you must realize, and the oppressor must realize, you are oppressing."

Wednesday marked the first peaceful night of protests in Seattle since demonstrations began there last week. The mayor and police chief there were hoping for more peace after meeting with community members. They promised Thursday that officers would display their badge numbers, following complaints by protesters about the black bands police had placed on their badges to honor colleagues killed while on duty.

"For those peacefully demonstrating tonight, please know you can continue to demonstrate. We want you to continue making your voice heard," Seattle Mayor Jenny Durkan said on Twitter.

Protesters in some cities feel support from both police and white people is growing. There have been instances of police kneeling and earlier this week in New York City, the crowd chanted for the officers who were standing in the distance to join them. One eventually did and told them they have support if they remain peaceful.

In Atlanta on Thursday, Mayor Keisha Lance Bottoms walked with protesters downtown and told the crowd through a megaphone that "there is something better on the other side of this."

"We are in the midst of a movement in this country," she said. "But it's going to be incumbent upon all of us to be able to get together and articulate more than our anger. We got to be able to articulate what we want as our solutions."
Report a correction or typo
Related topics:
politicsblack lives matterprotestgeorge floydu.s. & world
Copyright © 2020 by The Associated Press. All Rights Reserved.
GEORGE FLOYD 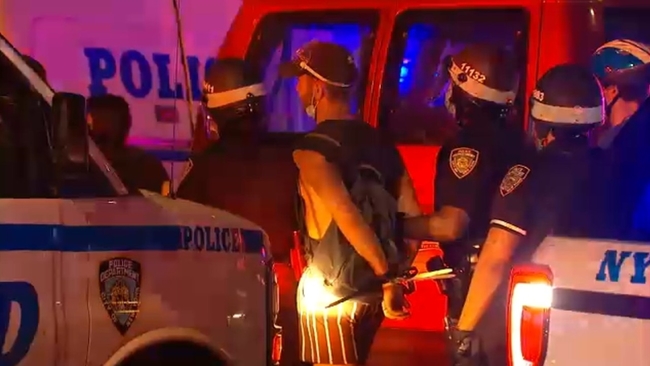 Principals 'not confident' as NYC schools prepare for in-person learning