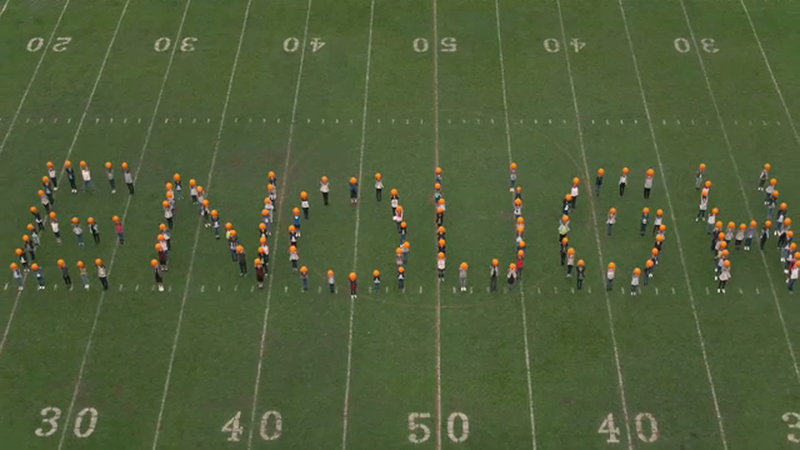 Members of the dance community have rallied around this cause and donated all sorts of goods and services to get this made. Local students from New York City were recruited for a shoot last month in Westchester County.

They dance to to the music of Sia, saying "Enough" is enough when it comes to gun violence -- which has become the second leading cause of death for American children.

"We need to hear this message now, because we are becoming numb," choreographer James Alsop said.

Alsop, who has worked with Beyonce and J-Lo, coached the kids from Harlem's National Dance Institute for free.

"It was such a joy," Christopher Calderone said. "You want to be your best, and you want to work as hard as you can."

They are kids who have been forced to grow up quickly.

To talk to these children is to experience the pain that still lingers from the deadliest high school shooting in U.S. history.

"Since I heard about the Florida shooting, I feel bad for the people who just lost their lives," Ysabel Fitzpatrick said. "They can never come back."

"It can happen to anyone at any time, so in my school, we're afraid," Sergio Fitzpatrick added.

Sia sings in the campaign's theme song, "The past is still haunting me." Now, perhaps, it should start haunting all of us.

"A lot of people have been able to ignore this somehow," said Serafina Belafonte, who is the granddaughter of Hollywood legend and veteran activist Harry Belafonte. "And this video, you know, shoves the message, in a positive way, in their face. So they can't ignore the problem anymore."

"It says to people in power and people in charge, people with the resources to make change, that we don't view our lives as expendable," Eden Rolle added. "And we hope they don't either."