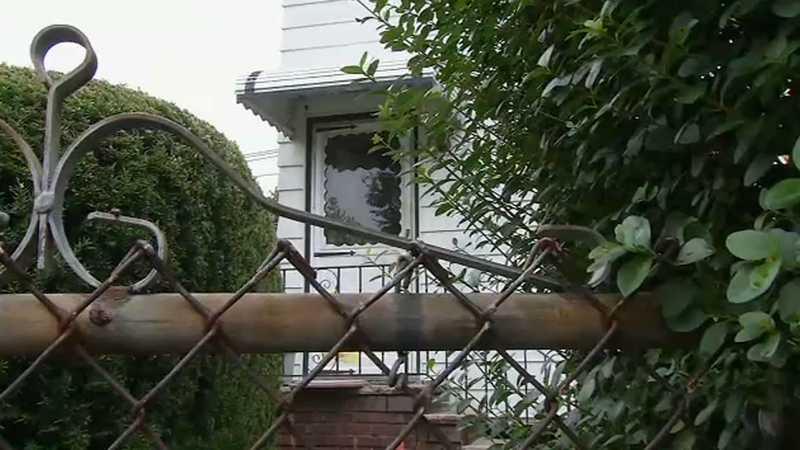 CLIFTON, New Jersey (WABC) -- Police are searching for a suspect who posed as a PSE&G employee and robbed the home of an elderly woman in New Jersey Saturday.

The incident happened around 4 p.m. in Clifton. Authorities say 87-year-old victim answered her door and was met by the suspect, who identified himself as an employee of PSE&G.

The suspect, a white male in his 40s, reportedly displayed a metal badge and a picture identification from PSE&G, indicating that he was in the area checking the water supply due to recent flooding. He asked permission to enter the residence, to which the victim consented.

During the subsequent conversation between the victim and suspect, the victim became uneasy about the situation and conveyed her concern to the suspect.

In response, the suspect walked outside with the victim and pointed to what she described as a PSE&G van parked nearby.

When the suspect left the residence, the victim contacted PSE&G and learned that there were no employees in the area, confirming her suspicions that something was not right with the situation.

The victim later found that someone had rummaged through her bedroom dresser drawers and stole cash and jewelry.

Police later determined that when the suspect walked with the victim to the rear door, an unknown accomplice entered the home through the front door and removed her property.

Eyewitness News spoke to 89-year-old Ellen Boylin DeLosh, who was robbed in a similar fashion last July, when someone came to her door posing as a utility worker.

"A nice young man, about 25, came to my door," DeLosh said. "He showed me his ID that he was from the water company."

She went with the person into the basement, while someone else went upstairs and broke into her safe.

"I guess I was down there because they didn't want me to hear what was going up in my bedroom," DeLosh said. "The other fella, he had the tools to get my safe."

She has since put in surveillance cameras.

The Clifton Police Department released tips on how to protect yourself from intruders posing as utility workers:

We urge all residents not to allow anyone inside their residence with whom they are not familiar. If someone comes to a home unannounced and identifies themselves as an employee of a specific organization, namely PSE&G, Passaic Valley Water Commission, or any other utility company, do not allow them inside your residence. Instead, either contact the organization that they claim to be affiliated with or most preferably, contact the Clifton Police via 911. Allow us to respond and verify the legitimacy of the individual(s).

IMPORTANT: Emergencies aside, utility companies generally do not go to residences unannounced. Additionally, being informed by someone that "the water needs to be checked" is a major red flag and should prompt a call to 911. Some elderly residents either live alone or are at home alone during the day. We urge family members and friends to make sure that the elderly population is aware of these scams and that they know what to do (and what not to do) if encountered with an incident like this.
----------
* More New Jersey news
* Send us a news tip
* Download the abc7NY app for breaking news alerts
* Follow us on YouTube
Report a correction or typo
Related topics:
cliftonpassaic countyburglaryrobbery
Copyright © 2022 WABC-TV. All Rights Reserved.
TOP STORIES
Mother of Burger King employee killed makes sorrowful plea
Driver arrested after 15-year-old girl killed by school bus in NYC
How much snow fell across the Tri-State
Daily COVID-19 cases in New York continue to go down
AccuWeather: Sunshine returns, cold
Woman killed in deadly subway attack was advocate for homeless
Friends, family searching for NJ dad reported missing in New Orleans
Show More
Suspect shot, cop suffers concussion during incident in Yonkers
Volunteers pay tribute to MLK through food drive in NJ
Catch first full moon of 2022 Monday night
NYC remembers Dr. Martin Luther King, Jr.
Betty White Challenge has fans donating to animal charities
More TOP STORIES News