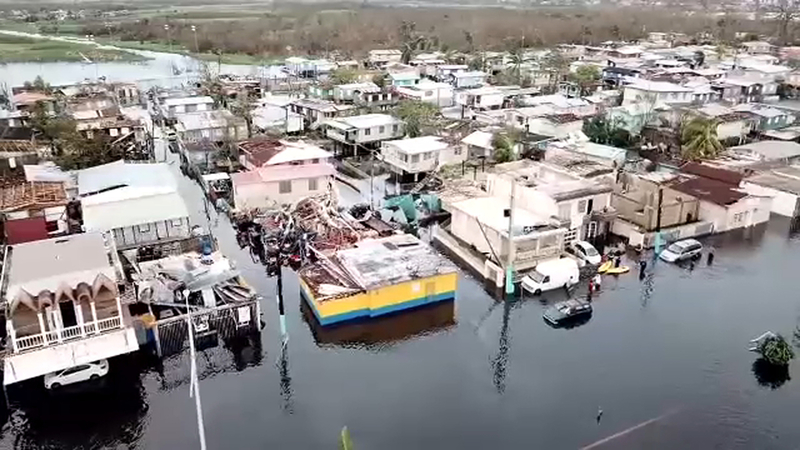 FORT LAUDERDALE, Florida (WABC) -- Puerto Ricans who fled to the mainland after Hurricane Maria will be able to stay in their temporary housing for a few more days.

A federal judge temporarily blocked FEMA from ending a temporary shelter program that was set to expire Saturday night.

The judge ruled the government must pay for hotel rooms for nearly 1,800 Puerto Rican evacuees until Wednesday.

A national civil-rights group filed a lawsuit Saturday over the program ending.

The judge scheduled a telephone hearing for Monday.

LatinoJustice PRLDEF filed a lawsuit seeking relief for the Puerto Ricans, whose federal housing assistance vouchers was set to expire at midnight.

The Puerto Ricans came to Florida after last year's Hurricane Maria, a Category 4 storm that devastated the U.S. island. It caused more than $100 billion in damage when it hit Puerto Rico on Sept. 20, and the island is still struggling to recover. More than 2,300 customers remain without power, and tens of thousands of businesses closed after people fled to the U.S. mainland.

Democratic Sen. Bill Nelson said Saturday that the Federal Emergency Management Agency could extend the program under current law, which he says was done more than a decade ago after Hurricane Katrina caused thousands from Louisiana to flee to Texas.

"There is no question that FEMA's response to Puerto Ricans after Hurricane Maria has been woefully inadequate and unlike responses to other natural disasters experienced in the U.S.," said Kira Romero-Craft, managing attorney for LatinoJustice PRLDEF.

Keith Turi, a FEMA administrator for the program, said in a video news release that the agency is working with state and local officials and volunteer organizations to find assistance for the evacuees and will help pay for a flight home.

Nelson and Democratic members of the Florida Legislature said Saturday that officials have told them the island remains too devastated to take back evacuees who remain on the mainland. There are few jobs, they said.

Richard Gonzalez, who has been working as a card dealer at a South Florida casino, told The Miami Herald that he was planning to drive to Orlando to live with his mother and brother.

"I would like to go to Puerto Rico right now, but to what?" he told the newspaper in Spanish. "I tell my wife: 'What are we going to do? Without work, I can't do anything.'"