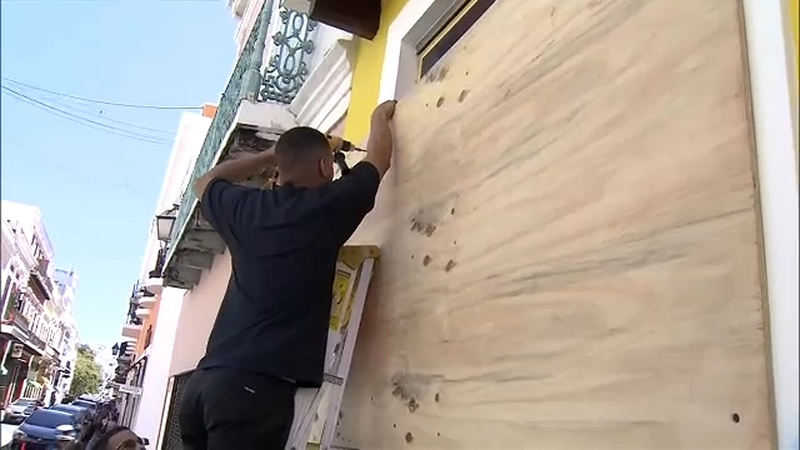 SAN JUAN, Puerto Rico (WABC) -- Hurricane Maria has its sights set on the eastern Caribbean - and it's looking like the storm will deliver a direct strike to Puerto Rico - already nursing its wounds from Hurricane Irma.

Although Puerto Rico was spared the full brunt of last week's storm, much of the island lost power, and tens of thousands still remain in the dark.

"The problem in Puerto Rico is that the electricity and water go out. The power system is precarious," says local resident Benjamin Estrella Roman.

Officials say this time, the entire island will likely experience hurricane force winds. Residents could also be faced with more than a foot of rain. Governor Ricardo Rossello says officials have prepared shelters with a capacity for nearly 68,000 people - or even 125,000 in an emergency.

On Monday, the U.S. territory imposed rationing of basic supplies, including water, milk, baby formula, canned foods, batteries, flashlights and other items. This comes as residents line up at stores and gas stations to stock up on whatever supplies they can get their hands on.

"We already filled up the 600-gallon tank of gas. We had this since Irma. Thanks God we never used it. If we need it this time, we already have it. We are looking for panels to cover up the last doors that remain unprotected," says Michael Jimenez.