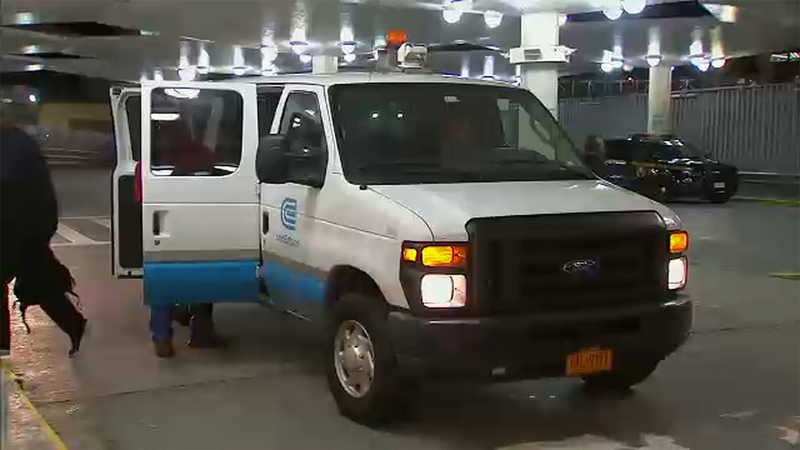 The workers will be joined by another group of about 65 personnel this weekend, along with dozens of utility trucks that have already been shipped out, with more expected this weekend.

They come at a critical time. A new, major power outage on Thursday knocked out the lights to much of the northern part of the island, including parts of San Juan. Crews had gotten power back to about 43 percent of the island, but as of Friday morning, that number was down to about 18 percent.

A number of the workers have personal ties and family on the island.

"It came down the line, and I was the first one," Walter Alomar said. "Like, hey, forget about Christmas. Forget about New Years, Thanksgiving. If we're going, I want to be there."

A manager, originally from Jamaica, said he knows what Puerto Ricans are going through, having lived through Category 5 Hurricane Gilbert.

"I've seen what a category five hurricane can do to an island similar to Puerto Rico," Orville Cocking said. "And it just gets me even more excited to be able to try to create a sense of normalcy."

A Con Ed spokesman said they routinely send crews to other states for disaster recovery, but this is their first time sending personnel over water to a U.S. territory. The crews are expected to be away for about a month.