Push-in burglar beats up 77-year-old man, robs him at knifepoint in Brooklyn 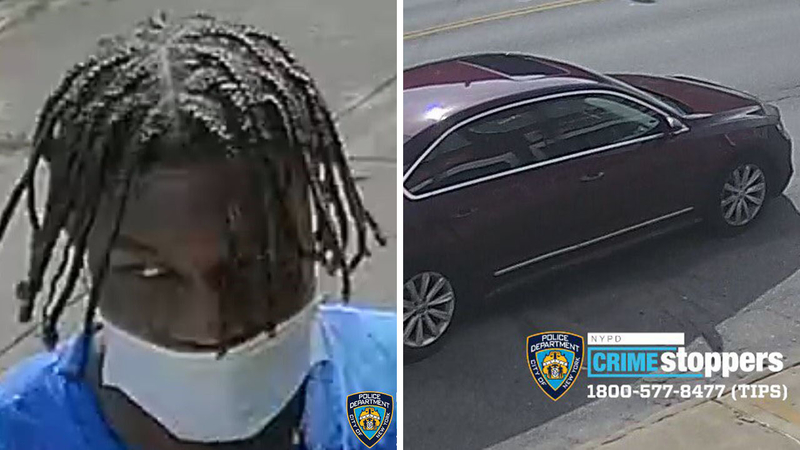 Push-in burglar beats up 77-year-old man, robs him at knifepoint

FLATLANDS, Brooklyn (WABC) -- A 77-year-old man says a burglar attacked him just as he opened the door to his apartment in Brooklyn Sunday.

Pedro Colon says he fought back when another man pushed him into his apartment near Avenue N and East 48th St. in theFlatlands section around 3 p.m.

"I was opening the door and just as I opened the door he pushed me inside," Colon said."We got into a fight. I lost. You know he's a young guy. Strong and healthy. And I tried everything I could and it didn't do me any good."

Colon offered the man, who police say was captured on surveillance video, everything he had on him --$8 in cash.

Police released surveillance video of the people wanted in the burglary.

Cops say the suspect then took him upstairs, but after finding nothing he wanted he grabbed Colon's kitchen knife andforced the victim into a car.

Colon says the suspect then drove him to his bank and forced him to make two withdrawals totaling $900.

Then he forced him into a Metro PCS store and then the suspect then jumped into a vehicle and took off.

Colon says he's now constantly looking over his shoulder and especially afraid to be out at night.

"I was scared. I'm still scared," Colon said."No decency. Because you wouldn't have the courage to assault someone big and strong. You always pick on people of my age."

Police released video of the laptops being removed from the building.